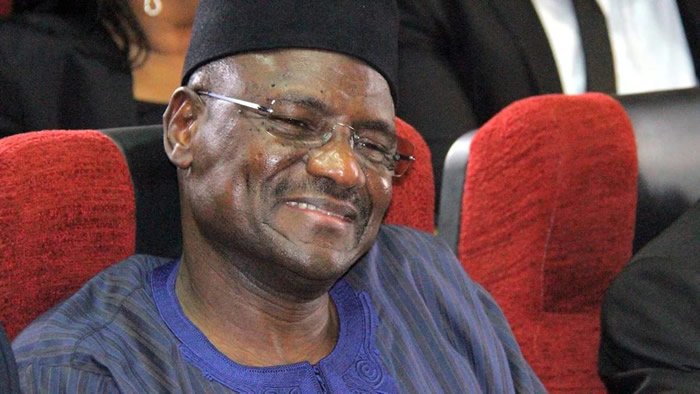 Justice Nnamdi Dimgba of the Federal High Court, Abuja on Wednesday, fixed March 17 for judgment in the remaining one count charge of money laundering levelled against former Chief of Air Staff, Mohammed Umar.

Umar, who retired as an air marshall is charged with one count of money laundering, because six of the seven counts originally instituted against him by the Economic and Financial Crimes Commission (EFCC) were dismissed by the court in 2021.

At the resumed hearing, counsel adopted their final addresses and adumbrated on salient issues to further strengthen their arguments.

Counsel to Umar, Mr Onyechi Ikpeazu, SAN, adopted and relied on the processes filed by the defendant in urging the court to dismiss count 7, discharge and acquit the defendant.

Ikpeazu said he based his submission on the grounds that the EFCC failed to provide evidence to establish that the offence alleged in the count was committed by the defendant.

According to Ikpeazu, there was no exhibit to show that there was a transfer of N66 million from the account of the Nigeria Air Force (NAF) to Capital Law Firm for renovation of the defendant’s private residence.

The senior lawyer maintained that the argument of the prosecution that Umar be convicted on a lesser charge was untenable in law.

“In all cases of lesser offences, there must be two separate offences as one cannot be charged for one offence and convicted on an entirely different charge.

“The court cannot go outside the law charged and convict under another law not charged.”

He said that the money that left NAF account to Capital Law Firm Account was N57 million in two tranches of N47 million and N10 million and that the only way the count could stand was to amend the charge.

For his part, the prosecuting counsel, Mr Sylvanus Tahir maintained that the prosecution had proved beyond reasonable doubt that money left NAF account to Capital Law Firm account.

He said in as much as the prosecution conceded to the fact not N66 million but N57 million left the account, it still remained a crime as the money was used for private purpose.

He urged the court to convict and sentence the defendant accordingly.

Umar was first arraigned on Jan. 25, 2017 on a seven-count charge of money laundering and procurement fraud to the tune of N9.7 billion.

But on Feb. 23, 2021, Justice Dimgba, ruling on a no-case submission filed by the defendant, discharged and acquitted the former chief of air staff on six out of the seven-counts.

The court said it found merit in a no-Case submission the defendant filed in relation to counts 1, 2, 3, 4, 5 and 6 of the charge on the grounds that the evidence given by the EFCC could not sustain the charges.

It however, refused and dismissed the no -case submission with regards to count seven.

The remaining charge has to do with alleged diversion of N66 million from the NAF’s bank account.