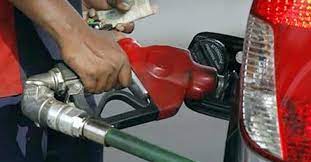 Amid rising debt, petrol subsidy bill has risen by 17.1 per cent to N525.71 billion last month.

This was disclosed in the subsidy bill figures picked by the Federal Government and made available by the Nigerian National Petroleum Company(NNPC).

According to the figures, the government has paid N2.568 trillion as subsidies between January and August.

The NNPC official report submitted to the Federation Account Allocation Committee indicated that petrol subsidy rose from N448.782 billion in July 2022 to N525.71 billion in August 2022 (an increase of 17.1 per cent).

The increase in subsidy was partly due to a 10 per cent increase in the supply of petrol, which rose to 71.8 million litres, according to data provided the Nigerian Midstream and Downstream Petroleum Regulatory Authority.

Oil production in August averaged 1.18 million barrels per day, well below Nigeria’s OPEC quota of 1.8 million bpd, due largely to theft that has curtailed production.

In April, the National Assembly approved N4 trillion as a petrol subsidy for this year after the government opted to delay plan to remove the petrol subsidy.

The huge petrol subsidy, discrepancies in supply figures and Nigeria’s dwindling revenue have generated a heated debate that put the NNPC in the spotlight.

The Minister of Finance, Budget and National Planning, Hajia Zainab Ahmed, said that out of the N19.76 trillion Budget proposed for next year, the petrol subsidy would gulp some N6.7 trillion.

With the huge debt services costs, Mrs. Ahmed said the cumulative effect of these costs could undermine any capital project implementation in 2023.

He challenged the NNPCL to justify the N6.4 trillion annual subsidy cost that the NNPC was brandishing.

In a statement, the company’s Group General Manager, Group Public Affairs Division, Malam Garba Deen Muhammad, revealed that for a subsidy, Nigerians would have been buying petrol at N462 per litre as the actual cost.

He added that the federal government has been paying N279 per litre to subsidize the product supply.

According to him, from January to August this year, the company shipped 16.46 billion litres of petrol into the country, translating to 68ml/day.

The statement recalled that last year, NNPC imported 22.35billion litres, which was 61ml per day.

He noted: “Between January and August 2022, the total volume of Premium Motor Spirit (PMS) imported into the country was 16.46 billion litres, which translates to an average supply of 68 million litres per day.

“Similarly, import in the year 2021 was 22.35 billion litres, which translated to an average supply of 61 million litres per day.”

The company said that rising crude oil prices and PMS supply costs above the NMDPRA cap had caused oil marketing companies’ withdrawal from petrol import since the fourth quarter of 2017, which made NNPCL to be the supplier of last resort.

Chairman, Major Oil Marketers Association of Nigeria (MOMAN), Mr Olumide Adeosun at the weekend reiterated that the removal of subsidies and full deregulation of the downstream petroleum sector was necessary for the sustainable development of the oil industry and Nigerian economy.

According to him, the government should undertake full deregulation of the sector as the huge subsidy payments are simply not sustainable.

“The government should focus on palliatives for Nigerians such as mass transit, improve power supply, agriculture, education etc. Government may subsidise the sectors that would stimulate sustainable economic growth.

“Overwhelmingly, the right course of action is a clear trajectory towards full implementation of the PIA 2021 as it is a very well thought-out legislation that would ultimately cause the petroleum industry in Nigeria to grow,” Adeosun said.