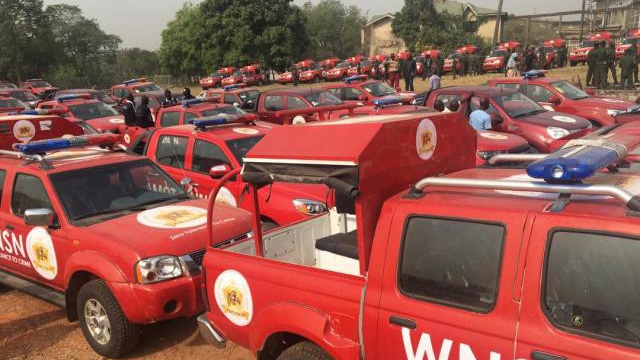 Adewimbi made this known in an interview with NAN, on Saturday in Ede, stating that they had credible intelligence that bandits and criminals were hiding in the forests.

“The banditry and terrorism we are experiencing in our region now is the spillover effect of what is happening around the country.

“We have credible intelligence that bandits are all in our forests and we are strategising to comb the forests and make sure we drive them away or arrest them,” he said

The commander said,”the operatives of the corps are determined to go into the forests flush out these criminals using the forests as their hideout.

“The governor has approved the recruitment of more operatives who are competent.

“We will not be recruiting or engaging those who are just looking for work but people that are bold and courageous that will go into the forest to confront and combat criminals hiding in the forests.

“We are going to recruit courageous hunters that goes into the forest to hunt for weeks and months.

”The people we are looking for, we want now, are people that can combat the problem on ground.”

He said presently, the corps only have 360 operatives, deployed to all the 30 local government areas, and a local council area, in the state, stating that there was serious need to recruit more men.

“Basically, we provide information and confront criminals where there is need for it, even though we are not adequately armed.

“In the process of our recruitment we factored in the fact that we are not allowed to carry arms /guns but we are working on obtaining licenced guns.

Speaking on how to improve security in the state, Adewimbi called on the residents to always monitor their environments and not to harbour criminals.

He said, ”government alone cannot provide all the funds and equipment needed by Amotekun for its operations.

”We are therefore appealing to well meaning people of the state to come to our aid, while we are appreciating those already assisting the corps.”