All may not be too well with the ruling All Progressives Congress, APC as the name of Vice President Yemi Osinbajo's 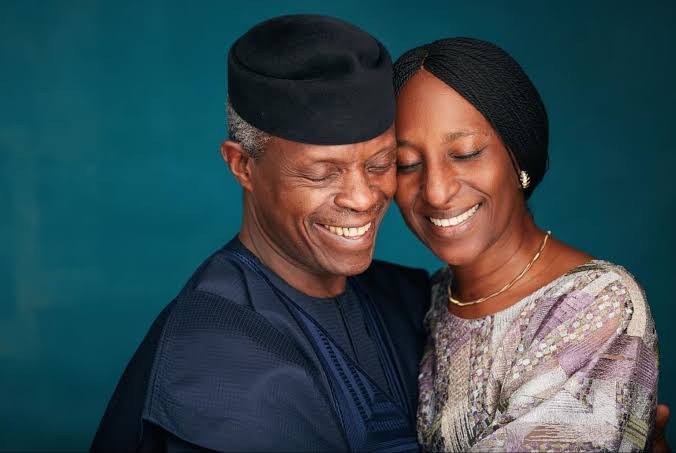 All may not be too well with the ruling All Progressives Congress, APC as the name of Vice President Yemi Osinbajo’s wife, Dolapo is visibly missing from the list of the party’s Campaign council.

TheNewsGuru.com, (TNG) recalls Osinbajo’s wife missing as Aisha Buhari leads APC women campaign Aisha, the wife of President Muhammadu Buhari, has been appointed as the grand patron of the Women Campaign Team of the ruling All Progressives Congress (APC).

However, Dolapo, the wife of Vice President Yemi Osinbajo, was not included in the campaign list released on Saturday by Rinsola Abiola, daughter of late Chief MKO Abiola, who is also named in the media and administrative committees of the campaign team.

Speaking on the development, the APC, in a statement, said President Muhammadu Buhari ordered the exclusion of the Vice President and the Secretary to the Government of the Federation, Boss Mustapha, to allow them to focus on governance.

A former member of the House of Representatives from Borno State, Asabe Villita, was appointed the National Coordinator of the team with Lauretta Onochie, an aide to President Buhari, appointed as her deputy.

Olufolake AbdulRazaq, wife of the Kwara State Governor, AbdulRahman AbdulRazaq, was appointed to coordinate efforts in the North-Central, while the wife of the Lagos Governor, Ibijoke Sanwo-Olu, will superintend over the South-West region of the 2023.

Florence, widow of the former governor of Oyo State, Abiola Ajimobi, and the APC Deputy National Women Leader, Zainab Ibrahim, among others, were chosen to coordinate activities in states not controlled by the APC, while all ministers’ wives, all female senators, all female ministers and all APC deputy governors’ wives are members of the campaign team.

Singer, Ed Sheeran ordered to stand trial in US over claims he copied Marvin Gaye’s hit Let’s Get it On