APC Ready To Take Over Rivers Governorship in 2023 – Dakuku 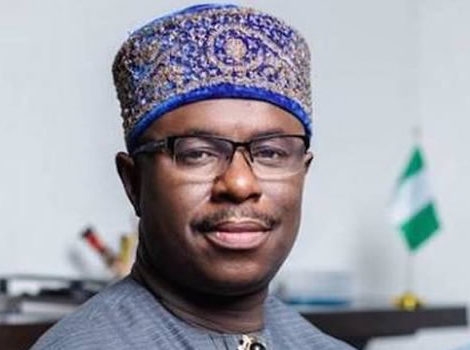 An All Progressives Congress (APC) stalwart, Dr Dakuku Peterside says the party is ready to take over Rivers governorship come 2023.

Dr Peterside stated this following the successful conduct of the party’s state congress election and constitution of a new executive.

He commended members of the party for their patience, commitment and determination to right the wrongs of the past and chart a new way forward.

According to him, “I must commend members of our party for their unquestionable determination to take all the right steps since the conduct of ward and local government congresses.

“Despite the seeming challenges, our party members have remained steadfast under the leadership of Rt Hon Chibuike Amaechi and have weathered the storm.

“Today marks a watershed in our journey to sack the lackluster PDP from the government house in 2023 and install an APC-led administration that has the right policies and programmes to impact meaningfully on the people.”

He tasked the newly elected state executive of the APC to hit the ground running by winning new converts and consolidating on previous membership drive.

Dr Peterside took a swipe at Governor Nyesom Wike for abandoning senior citizens over his non-refusal to pay their pension and gratuities.

He was particularly piqued that the governor could resort to borrowing to fund his whims and caprices but finds it difficult to pay retired civil servants or promote workers.

The former House of Reps member also lambasted the governor for being clueless as regards programmes, policies and actions that can benefit Rivers youth.

Said he: “Governor Wike should be ashamed that people who are old enough to be his father have been abandoned to their fate, with many already dead without getting their due benefits.

“There is no greater wickedness than this, in fact, his action is callous and inhuman. Here is a man who has received hundred of billions of naira in both federal allocation and internally generated revenue.

“Since 2015, Wike has not promoted a single civil servant, neither has he employed anyone. A brick and mortar governor does not fit into a proactive governance anchored on human capital development, which is the main driving force of economic wellbeing worldwide.

“Rivers youth have benefitted nothing under Wike. He prefers to hire them for political rallies rather than create platforms through which they can contribute to the economic prosperity of the state.”

He appealed to Rivers youth to put politics aside and demand from the governor what will benefit them for life, not the dishing out of peanuts during rallies.

Man Utd board behind Solskjaer after Leicester defeat