Austin Faani, filmmaker and husband of Nollywood actress, Chacha Eke, has finally cleared the air on his alleged marital crisis.

TheNewsGuru.com (TNG) recalls that Chacha, on Monday, took to her verified Instagram page to make the shocking announcement that she has left her husband.

Detailing why she left her marriage, Chacha said she would quit while she was still alive than leave as a corpse. 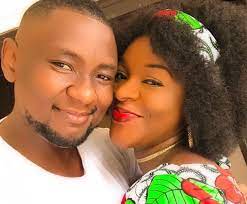 In her words: “LEAVE NOW ALIVE OR LEAVE AS A CORPSE ⚰️Many have died pretending all is well whilst wishing, hoping and praying for a better tomorrow. I don’t want to “die” or go inexplicably “missing”. I sincerely and publicly apologize for living a lie these past years. True to random speculations, there has been trouble in my “perceived paradise,” she wrote.

She also claimed she didn’t want to die or go inexplicably missing.

Speaking further on her separation, Chacha claimed she had released some evidence such as videos, voice notes, and photos to the police force, her lawyers and the media in case things went sour. 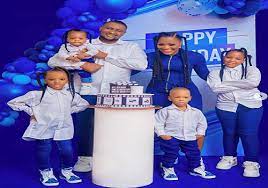 The actress appealed to some relevant security agencies to be wary if she strangely becomes unavailable.

“If push comes to shove & suddenly I am incommunicado; my lawyers, the welfare department and the Nigerian police force have my testimonials in recorded video clips/statements set for public release on all social media apps and national newspapers,” she added.

Hours after her post, Austin took to his Instagram page to refute her claims of domestic violence.

He affirmed that he is not a violent person as he detests violence in any form.

Austin reiterated that he has never raised his hands on any woman in his life including his wife.

The father of four noted how everyone who are close to the case know the truth, which he wouldn’t divulge. 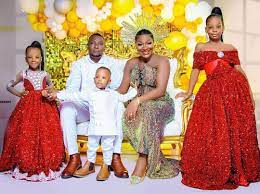 Austin added that the person who started the talk will in due time continue to talk.

He said: “I am not a violent person. Personally, I detest violence in any form. I have never raised any hand in any woman in my life including my wife. Everyone close to this case knows the absolute truth and it is not in my place to divulge it, the one person who started the talk will in due time continue to talk. Let light lead.”

This is the second time the actress publicly announces her separation from Austin.

It would be recalled that in 2020, the actress revealed that her marriage was over.