Home » News » Ban: Twitter has agreed to all our conditions – Minister

Ban: Twitter has agreed to all our conditions – Minister 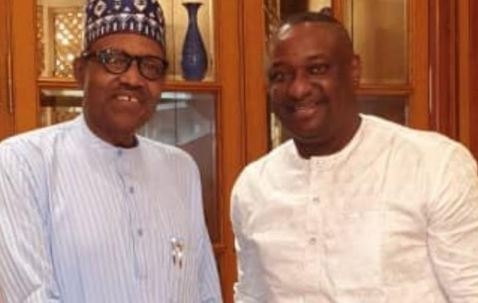 The Minister of State for Labour and Employment, Festus Keyamo, has said that social media platform, Twitter, has agreed to all the conditions laid out by the Federal Government regarding its operations in Nigeria.

Keyamo who is also a member of a committee, set up to review the operations of the microblogging platform since its ban in the country, said the committee has made significant progress so far.

Speaking on the development on a monitored Channels Television programme on Sunday, the minister said: “The reason why the president took that step is to recalibrate our relationship with Twitter and not to drive them away from our country.”

“That recalibration, we have started it and the President graciously added me to the committee.

“We also set up a technical committee to interface with Twitter and come up with a lot of conditions for them to fulfill for us to lift the suspension.

Meanwhile the minister also faulted the judicial panel of inquiry set up to investigate cases of police brutality and SARS-related abuses across the country.

Responding to a question about the position of the government specifically regarding a leaked report by the Lagos judicial panel, the human rights lawyer described the panel as illegal.

“For me, that panel was an illegal panel”.

His comments come days after the leaked report by the panel indicted the operatives of the Nigerian Army and Police, saying they indeed shot at unarmed protesters.

While the report has yet to be officially released, days later, the panel submitted its findings to Governor Babajide Sanwo-Olu.

One of the reports was on claims of police brutality while the other was on the shooting in the Lekki area of Lagos State on October 20, 2020.

The Nigerian army had, however, denied shooting live rounds at protesters, telling the judicial panel that only blanks were used.

As part of efforts to further get to the root of the matter, Governor Sanwo-Olu on Monday, set up a four-member committee led by Lagos State Attorney-General and Commissioner for Justice, Mr. Moyosore Onigbanjo (SAN) to raise a White Paper on the reports submitted by the judicial panel.

Keyamo’s comments come two days before the committee is expected to submit its recommendations to the National Economic Council (NEC) for discussion and possible implementation.