Home » News » BNXN calls out Asake for stealing his slang 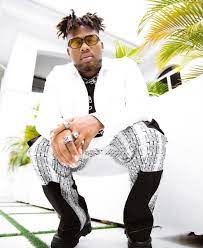 According to BNXN, other musicians began using the slang after he founded it in 2021, even though they do not understand it.

The “Finesse” crooner also revealed that he and his team had begun saying ‘Ezz Going’ before other artists jumped on it.

BNXN, who is formerly known as Buju, noted that people had always inquired about the meaning of the slang only for them to begin saying it.

One particular artist known for using Otilo while speaking and singing is the current music rave, Asake.

He wrote: “First they don’t understand it, then they copy it. When me and my people were saying “EZZ GOING” last year N as were like ?? now everybody saying EZZ GOING” / “OTILO’ now , mo ti TRABOSKIIII!! ”

BNXN released the extended play project Sorry I’m Late on 27 October 2021, under the management of T.Y.E/EMPIRE. It featured guest appearances from Nigerian Highlife music duo, The Cavemen, and production from Steph, Perlz, Denzl, Timi Jay and Rexxie. It was mixed and mastered by Vtek and Poppil.

On 22 December 2021, BNXN headlined his first sold-out concert, which was also his debut concert at Balmoral Convection centre, Lagos.

In 2022, BNXN officially changed his name to BNXN to avoid confusion for being mistaken with Buju Banton and having more unique branding. In March 2022, he collaborated with Pheelz on the single “Finesse”; the song peaked at number 52 on the UK’s Official Singles Chart.

In July 2022, he featured on the Jae5 song “Propeller” alongside British rapper Dave. The song became BNXNs first Top 40 single in the United Kingdom, entering the chart at number 38.

On 4 September 2022, BNXN won The Headies 2022 Next Rated award which was held on Sunday at the Cobb Energy Performing Arts Centre in Atlanta, Georgia, United States.