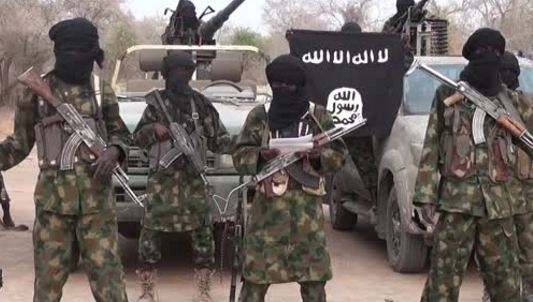 A prosecution witness, John Timothy on Tuesday in Abuja testified that Dr. Nafeez Yinus, the first defendant, and Umar Musa, the third defendant in court for alleged connection with Boko Haram insurgents, were not bullied by the DSS to give their statement.

Timothy testified during the trial within trial before Justice Gabriel Kolawole of the Federal High Court.

Kolawole had on Sept. 26, 2016, ordered the trial within trial following allegations made by counsel to the first and third defendants, Hassan Liman (SAN) and Abdul Mohammed, respectively.

The first and third defendants had alleged that they were tortured, threatened and harassed to give their statement to the DSS.

Timothy said “ they could not have been tortured to make their statement because as a member of the investigation team, there was no such report.

The witness also pointed out that the medical report on the defendants was presented to the committee that handled the investigation and there was no report of torture.

He also said that he captured their biometric, during which he asked about their health.

“Only the second defendant reported that he was hypertensive. I examined them physically and there was no sign of torture on their body.”

While being led in evidence by the prosecution counsel, Mrs N. B. Jones-Nebo, the witness said he remembered the date he conducted the interview of the defendants

He stated that he was instructed by the Chief Investigative Officer, Mr Saraki to prepare the interview and recording room.

“I set up the light, AC, power backup for the equipment in case of power outage, inspected the bathroom and switched on the digital media equipment which comprises the computer, monitor and a camera.

“After doing it, I informed Mr Saraki that the room was set for the interview, thereafter another officer Mr Okoye came into the room with another person and inspected the interview room.

“I was in the recording room when Mr Okoye, one of the investigators, gave me a sign to start recording because I could see everything that was happening in the interview room.

“After the recording, the chief investigative officer instructed me to create image copies of the interview on a DVD, and after that I handed it over to him.

“I produced three DVD copies, two for the 3rd defendant and one for the 1st defendant, though I observed that the quality of the audio was not sharp, but because we don’t tamper with recording, I left it that way,” he said.

The prosecution applied to tender certificate of regularities and the 3 DVD to be tendered as exhibit.

The defence counsel Liman and Abdulahi Haruna did not oppose the application; the third defendant’s counsel, who was represented by F.O. Amodi, however applied for an adjournment.

Amodi applied for adjournment to enable the lead counsel, Abdul Mohammed, to be in the court to continue with the case and to respond to the application to tender the DVDs in evidence.

He ordered that the other two DVDs belonging to the third defendant should be returned to the court registrar until when the lead counsel will be around.

The judge adjourned cross examination in the matter till March 1.