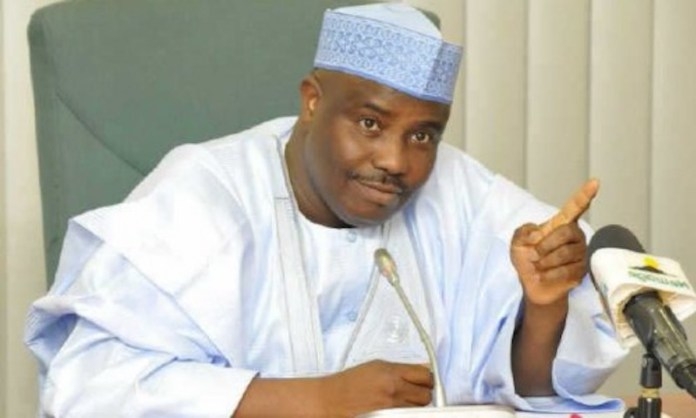 Governor of Sokoto State, Aminu Tambuwal has just announced his withdrawal from the presidential race of the People’s Democratic Party (PDP).

TheNewsGuru.com (TNG) reports Tambuwal withdrew from the PDP presidential race, barely few minutes to the commencement of voting at the special national convention of the party.

In announcing his withdrawal from the PDP presidential race, the Sokoto State Governor lent support for Atiku Abubakar and urged his supporters to take his decision to withdraw from the race in good faith.

He said that having consulted widely across the country, he decided to withdraw from the race for posterity.

“There must be a time for a leader to make sacrifice,” he said.

He said that his decision was to minimize rancour and foster unity in the party and to ensure national unity.

TNG reports Tambuwal was the fourth aspirant to withdraw from the race after former Gov. Peter Obi of Anambra, Dr Nwachukwu Anakwenze and Mr Mohammed Hayatu-Deen.

Reacting, Atiku on his Twitter handle, thanked him for the gesture.

“I look forward to working with you as we unite our party and our country,” he tweeted.

Atiku thanks Tambuwal for withdrawing from PDP presidential race

Atiku thanks Tambuwal for withdrawing from PDP presidential race