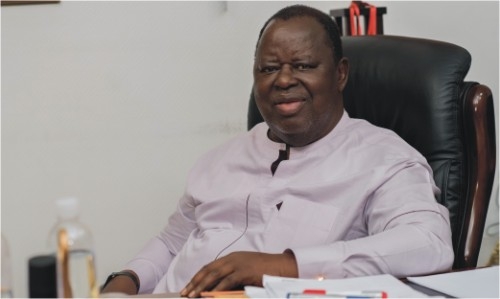 TheNewsGuru.com (TNG) reports the death of Reverend Akinola followed the death of Prophet T. B. Joshua, the founder and leader of the Synagogue Church of All Nations (SCOAN).

The death of Akinola, popular for his Suya night and Wind of Fire programme, was confirmed to BBC on Sunday by one of his pastors.

He was the last but one child of a family of 10 children.

His early education began at age 4 after his family had relocated further North to the town of Damago (Ghana). There he attended the only Primary School in the town as the youngest to have ever been admitted into Primary 1.

He sat for the Primary Six First School Leaving Certificate at age 10; at a time when the average age of pupils in that class was about 18 years.

He moved on to the Middle school in 1963, in Damango, preparatory for enrollment into Secondary School.

After two years in the Middle School, Stephen sat for the Secondary School examination and passed with distinction. At age 12, he gained admission into the Government Secondary School, Tamale, his birth place. Most unexpectedly, calamity struck just a year later when his loving father died in an accident, at age 13.

The psychological trauma resulting from this most unfortunate and devastating event virtually truncated his orientation, but for the timely intervention of his uncle, Late Papa Isaac Adelakun who fittingly became a surrogate father taking full responsibility for his secondary education, which he successfully concluded in 1970.

Upon his return to Nigeria after his secondary education in Ghana, he gained employment in 1971 to teach in the Baptist Primary School, Igboho his hometown in present day Oyo State. Two years later (in 1973) he proceeded to the Yaba College of Technology for further studies, where he had a dramatic salvation encounter with the Lord, precisely on 15th January, 1974.

From that point, God rolled away the dark clouds of gloom and uncertainties resulting from the untimely death of his father and re-oriented his life, his focus and overall perspective to life; it became indeed the dawn of a new endless day! In his own words, “from 1966 when I lost my father, I never quite recovered from the shock of it until I got saved in 1974”.

Stephen’s passion for a deeper and experiential knowledge of God led him to join the regular Bible Study sessions then holding in Pastor W. F. Kumuyi’s residence in the University of Lagos. This group was to metamorphous into the mega-movement of God, known today as the DEEPER CHRISTIAN LIFE MINISTRY.

In 1975, he passed his OND with flying colours, excelling in all three major areas of Sculpture, Painting and Graphics, and had the honour of choosing his preferred specialty for his HND. His dream was to be of the class and likes of Michelango, and Leo Da Vinci. He enrolled for his HND and graduated in flying colours in 1977.

HIS CALL TO (NATIONAL AND HIGHER) SERVICE

Providence directed his NYSC posting to Rivers State in 1977. His passion for God and commitment to the furtherance of the gospel of Jesus Christ led him to start the Deeper Christian Life Ministry in 1977 with 13 faithful brethren. By 1978, after some trying encounters, the power of God broke through with outstanding miracles, signs and wonders; as the sick were healed, the word of God was preached with uncommon insight, and demons cast out from countless multitudes.

By 1986, membership at the Port Harcourt headquarters of the Deeper Life had soared above 5,000 adults with two services every Sunday.

In January 1987, Pastor Akinola resigned from the Pastorate of the Deeper Christian Life Ministry, and upon waiting on the Lord for direction, started the pioneering work of the Redemption Ministries with 13 faithful brethren at the Shiloh Hills Academy in Rumuibekwe Housing Estate, Port Harcourt. The ministry went through its trying times as expected even as God’s signature was boldly manifest at all times.

Redemption Ministries has ever since expanded in leaps and bounds with Assemblies and location Churches in several States of Nigeria, the United Kingdom, Canada and Brazil. Other thriving ministry arms of the Redemption Ministries today are the inter-denominational women’s outreach arm, the Divine Daughters of Destiny International, The Men Ablaze, The Thunderbolt Gospel Crusade – the evangelistic arm of the ministry, and several other outreach ministries which are impacting countless multitudes within and outside the shores of Nigeria.

The flag-ship programme of the Church is the WIND AND FIRE, an annual 8-day Camp Meeting / Conference on the Holy Spirit held from the third week of December every year. This event attracts thousands across denominations, from within and outside Nigeria, at its headquarters along Eastern By-pass, Port Harcourt.

Pastor Stephen Akinola, as he is fondly called, is a very well respected Christian father-figure, a Pastors Pastor, a distinguished preacher of the undiluted Word of God and a spiritual mentor to countless multitudes within and outside the vineyard of the Lord. He is married to Pastor (Mrs.) Matilda Ayebatonye Akinola. This marriage is blessed, to the glory of God, with a handful of children and grandchildren.

T. B. Joshua’s wife, Evelyn opens up on husband demise