54
SHARES
1.3k
VIEWS
Share on WhatsAppShare on FacebookShare on TwitterShare on LinkedInShare on TelegramSend as Email

Bandits have released one of the students they kidnapped from Greenfield University, located in the outskirts of Kaduna State.

TheNewsGuru.com (TNG) reports the mother of the released student, Lauritta Attahiru revealed this on Tuesday.

Attahiru confirmed the release of her child to Channels TV, but the police are yet to confirm the development.

She, however, refused to give details of how her son was released and whether a ransom was paid or not.

Meanwhile, some of the parents told the station that the student was released on Saturday after his mother, who is the wife of a retired Army officer from Plateau State negotiated and paid ransom to the bandits privately before they released her son on Saturday.

The parents had earlier said the bandits had been negotiating with them individually, asking each of them to pay up to N20 million as ransom, before they later demanded a ransom of N100 million in lump sum and 10 motorcycles on Monday.

The parents have appealed to the government and Nigerians to come to their aid so that their children will be rescued alive.

With the release of the student, the fate of the remaining 16 students still hangs in the balance.

The bandits had hreatened to kill them if their parents and government failed to pay the N100 million ransom and also give them 10 new motorcycles.

Controversial Islamic cleric, Sheikh Ahmad Gumi, on Tuesday said the abductors of the students are Boko Haram terrorists and not just bandits.

Gumi, in an interview with AIT said Boko Haram members were behind the abduction.

When asked by the presenter if he indeed mentioned that Boko Haram was behind the abduction, Sheik Gumi said, ”Yes, really. When we tried to trace them and put some sense into them, the contact who is also a nomadic Fulani, they threatened him. They said if he insists on them they were going to catch him and he will have to pay a ransom before he gets out.

“And the leader is from Jalingo. He is from Adamawa. He is not the local Fulani we have here. So this means that the Northeastern element is coming into this area and we have to move fast. We don’t have that luxury of time.

“I have been trying to speak with the government but nobody is really trying to listen to me or speak with me on this issue. We are trying to pacify and remove this banditry and they are responding.” 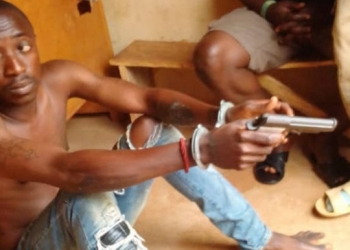