Home » News » BREAKING: Senator Ekweremadu to remain in prison till next year 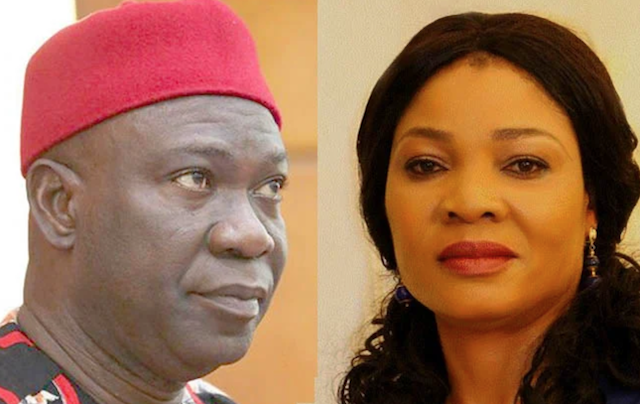 The provisional trial of Senator Ike Ekweremadu, who is in prison custody in the United Kingdom (UK) has been scheduled for the 2nd of May 2023.

Barring any changes, this means Senator Ekweremadu will remain in the UK prison till next year. However, a plea and case management hearing has been scheduled for October 31 this year.

TheNewsGuru.com (TNG) reports Judge Richard Marks QC as saying the case would be heard by a High Court judge.

On Thursday, Mrs Beatrice Ekweremadu, who is on bail, appeared at the Old Bailey for a plea and directions hearing, with Ekweremadu and Obinna Obeta also attending by video link from Wandsworth and Belmarsh prisons.

TNG reports Ekweremadu has denied any wrongdoing. Martin Hicks, QC, defending the Senator, has said: “We deny that there was any exploitation or any intent to do so. The argument will be factual denial”.

Senator Ekweremadu, Mrs Ekweremadu and Obeta are facing trial for plotting to traffic a man to the UK and harvest his organs.

Prosecutors claim they planned to have his kidney removed at the Royal Free Hospital in Hampstead, north west London, so it could be given to their daughter who suffers from kidney failure.

The man is said to have refused to consent to the procedure after undergoing tests.

The alleged offences are said to have taken place between between August 1 last year and May 5.

“The case began on 5 May 2022 when the complainant presented himself at Staines Police Station and claimed he had been transported to this country for the purpose of his kidney being removed.

“He arrived on 20th February 2022 and was taken to Royal Free Hospital where tests were conducted. For the purpose he was there he did not consent to the taking of his kidney.

“He returned to the house he was staying and his treatment changed dramatically. He described being treated effectively as a slave,” Prosecutor Tim Probert-Wood had said.

Ibori at 64: You’re a leading light in Leadership, says Macaulay

Ibori at 64: You're a leading light in Leadership, says Macaulay