There was pandemonium at the Cele-Express to Mile 2 axis of the Oshodi-Apapa Expressway on Tuesday morning after  commercial motorcycle riders (popularly called Okada) clashed with officials of the Lagos State Task force.

Eyewitness accounts told TNG team that trouble started when officials of the Lagos State Task Force stormed the express to clear articulated vehicles parked indiscriminately on both sides of the road. Eyewitness accounts confirmed further that the Task force team also clamped down on okada riders in the area seizing a trailer load of motorcycles. The okada riders later resisted further arrests and seizure of their motorcycles leading to a free-for-all. The task force team fired teargas while the okada riders responded with stones.

For those living around festac area,second rainbow isn’t motorable at the moment,as task force and bikers(okada riders) are having it hot hot. Please stay safe and avoid this route if you can. pic.twitter.com/suGVHPcEsc

When TheNewsGuru.com, TNG team visited the axis, angry okada riders had set fire on some sections of the road.

“They stormed this express as early as 6 am this morning (Tuesday) and started towing trailers parked on the road. We were happy thinking they wanted to clear the road until they started arresting okada riders and seizing their motorcycles. They started from Cele and moved gradually to Second Rainbow and other popular junctions on the axis where okada riders operate. I saw they drive away a truck load of okadas. It was when the riders could no longer bear it that they started attacking the task force people,” An eyewitness account said.

Seems like some people are taking Lagos for something else now. pic.twitter.com/eg7Ylkbo4O

Confirming the incident, a commercial okada rider in the axis said: “Yes we retaliated. This is not the first time they are doing this. They just come seize your bike and never return it. That is our source of livelihood. We can’t just allow them take it away from us. We threw stones at them while they fired teargas.”

Efforts by TNG to get reaction of the chairman of the Lagos State Task Force, ASP Olayinka Egbeyemi was unsuccessful as at the time of filing this report. 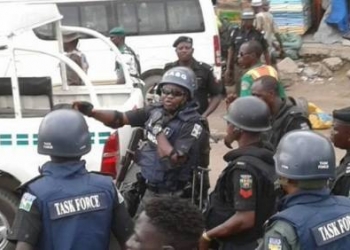 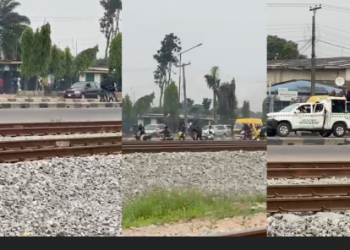 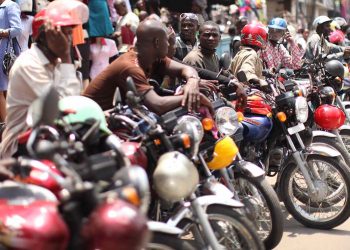