by Emman Ovuakporie
in News, Nigeria
Reading Time: 6 mins read
A A
0 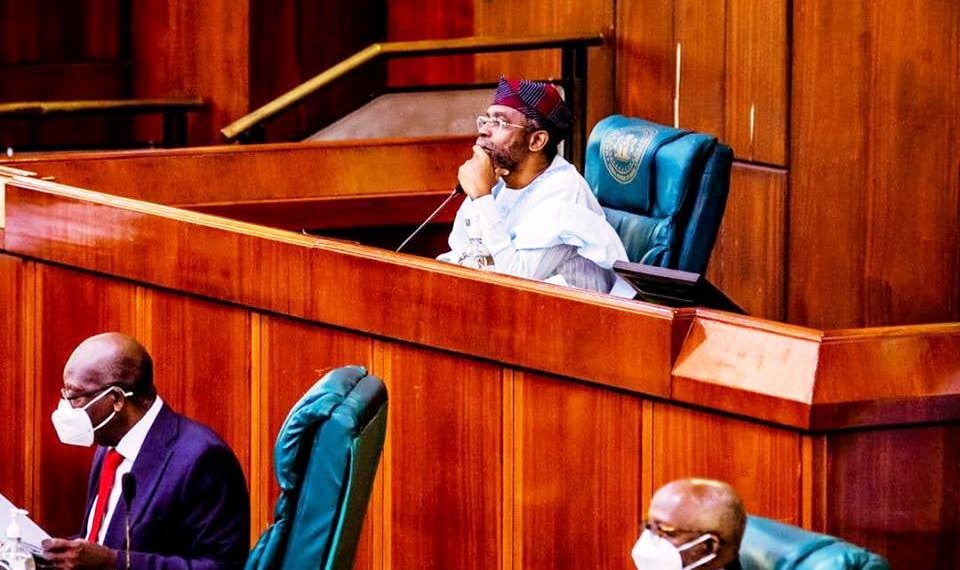 … say Nigeria should have special allocation for road maintenance

Members of the House of Representatives on Wednesday demanded for appropriate use of funds as well as proposed domestic and external borrowings in the 2022 Appropriation bill being considered by the House and the Senate.

The lawmakers including, Hon Mohammed Wudil, Hon. Luke Onofiok, Minority Leader, Hon. Ndudi Elumelu, among others gave the charge during the debate on the general principles of the 2022 Appropriation bill.

Hon Wudil in his remarks complained of the bad road network in Nigeria and advised that Federal Government should take a cue from Zambia that allocates $1million in its annual budget for road maintenance.

According to him, not too long ago tanker drivers blocked Niger State for two weeks complaining of poor road networks.

In his presentation, Hon. Onofiok who applauded the N10 billion increase in the allocation for judicial officers, called for upward review of the proposed N50 billion hazard allowance for medical doctors as part of measures toward reversing exodus of medical personnel to other countries amidst the lingering pandemic.

Hon. Onofiok said: “Following from the above, there are plausible recommendations by the FG in the 2022 proposals which my constituents have asked me to share and then appreciate and look at it and commend it. One of them is the provision of about 50 billion for hazard allowance for medical personnel. We would recall that as part of the issues that led the medical personnel to go on strike is the hazard allowances which were not paid and even as of now those hazard allowances are quite very minimal. We commend this effort of the Federal Government to capture this. I believe that this would stem the tide of industrial action in the health sector in 2022.

“It is also commendable in the sense that we are still fighting COVID 19, we know that the Federal Government had paid for about three months Covid-19 allowance, and after that those allowances have not been paid. We know what are medical personnel are exposed to daily so there is need for them for to be paid these allowance so it can be a morale booster.
“We have had a lot of brain drain in the last few years, because our eggheads have been pushed to go into other climes because of the challenges we have here.

He also commended Mr. President for approving First Line Charge for National Agency for Science and Engineering Infrastructure. The world is going technology and we need to be in pace with how the world is moving and I want to commend Mr. President and commend the FEC for looking at this perspective to try to have a statutory transfer for the agency.

“The investment in Defence against the backdrop of the insecurity we are facing today is quite commendable, but what we would urge is that let there be a judicial use of these finances. We see in reportage every of our security personnel being hacked down by bandits in numbers. The question is what have we done to take care of their families and boost their morale. I believe the much funding in the 2022 proposed budget would take care of these issues.

“Before now we have been crying for increased and improved welfare for Judicial officer and we have asked the Federal Government to try to increase the Statutory Transfer to the National Judicial Council so our Judges and Judicial Officers can be taken care of, our Courts can be equipped and then we can make provision for technology in our courts so that we can be at par with others and adopt best practices and be at par with advanced democracies that we see.

The increase of statutory transfer by 10 billion to the National Judicial Council to take up the judiciary is quite commendable.

On the debt serving, Hon. Onofiok who observed that the sum of N3.9 trillion for debt servicing representing about 25 percent of the whole budget was worrisome, tasked Federal Government on the need to review it.

“Another source of concern is that the proposal before us has a deficit of N6.2 trillion and government is proposing new borrowings to finance this deficit. What this implies is that then total public debt of Nigeria is expected to rise to N5 trillion in 2022 fiscal year. This is worrisome not only for today but generations unborn and the future of Nigeria.

“Let us do what we can to try to reduce the deficit and how we can reduce borrowing. Now to the next point on the issue so borrowing. There is nothing wrong with borrowing provided we borrow and put it for production not for consumption. So as we begin to look at it let us take the future generations of Nigeria into consideration while we get to borrow and make sure the borrowing are being put into productive ventures.

“While we put the money borrowed to infrastructure three clear things come to mind. We have looked at security. We need to invest in power. Let us borrow to invest in power and roads. We have road challenges across the country. Let me use for instance Mr. Speaker, the Calabar-Itu road that area is being cut-off. People spend 8 hours on the road. And we have seen something less than a billion naira allotted to that road in the different lots that have been given. That is quite inadequate. We have to invest in our road and in our public transportation.

“We are talking about recoveries of loot and misappropriated funds, if we apply these it can help in reducing our deficits and borrowings. I don’t know whether these loots are still in the stomach of snakes or rats or animals. But if we apply these loots it would be to the better of the country.

“The target of 13 percent inflation is not feasible, but what is achievable is that we should try to have a mechanism that would address the cost of food, cooking gas, and electricity bill. In this case, there should be provision for meters and we should make sure we cater for Nigerians in this regard,” he noted.

In his lead debate, Majority Leader, Hon. Alhassan Doguwa who solicited the support of the House towards ensuring the timely passage of the 2022 Appropriation bill, applauded the Presidency for ongoing efforts toward sustaining the January-December budget cycle and improved infrastructure.

Also, , the Minority Leader, Hon. Ndudi Elumelu hammered the need for the House to ensure that all the standing committees collate the list of erring Ministries, Departments and Agencies (MDAs) that fail to implement the capital projects despite the release of about 70 percent fund in the 2020 Appropriation Act.

To this end, he urged the House to allocate zero allocations to all erring MDAs, and allocate budget for the establishment of various institutions such as Universities, Polytechnics and College of Educations, and other productive sectors of the nation’s economy.

They also stressed the need for Standing Committees to investigate how money allocated to various intervention programmes are utilized, and the need for upward review of proposed fund for road projects adding that the Ministry of Works is currently having N640 billion outstanding certificate against the N280 billion proposed for roads in the 2022 budget estimates, adding that we need about N500 billion for the road sector.

The lawmakers also tasked the House on the need to ensure adequate funding of education (3.6% of the 2022 budget), health and research, among others.

They also underscored the need to put necessary measures in place to ensure recovery of debts owed by about 77 oil companies owing the country should be looked into with the view to recover the fund to improve the economy, adding that necessary sanctions should be put in place to serve as deterrent.

While ruling, the Speaker, Hon. Femi Gbajabiamila revealed that the debate on the 2022 Appropriation bill will continue tomorrow.

Kim Kardashian to get $60m home in Kanye divorce