Calming the storm after Ajimobi 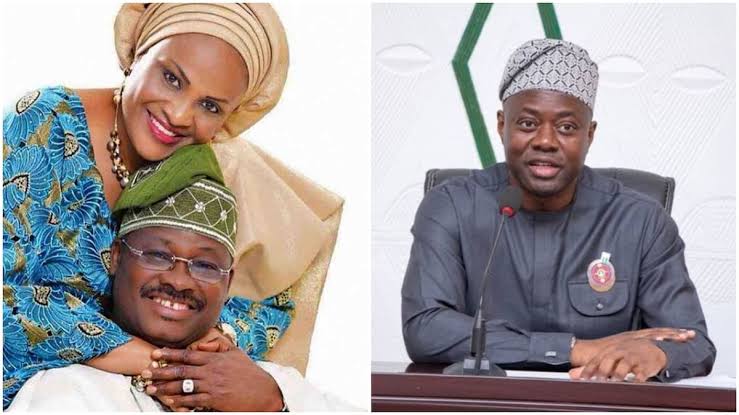 …why Makinde should sheathe the sword

June 25, 2020 was a very sad day for many indigenes of Oyo State as the sad news of the death of Senator Abiola Ajimobi, immediate past governor of the state filtered in. Only last December when he turned 70, Ajimobi was full of life but he took ill as the Coronavirus pandemic ravaged the land and passed on not quite long after.

His family confirmed that he died in a Lagos hospital after suffering from multiple organ failure resulting from COVID-19 complications. On that Thursday, darkness fell on Oyo State where he set a record on the political landscape as the first democratically elected governor to have won a reelection and served for two terms of eight years.

A few days later, Ajimobi was laid to rest in accordance with Islamic injunctions. But subsequent developments appear to be disrupting the late politician’s rest, even in his grave. A condolence visit to his family by some governors led by the deputy governor of Oyo State, Rauf Olaniyan ended up being an unpleasant visit.

Florence Ajimobi, wife of the late former governor opened the floodgate of allegations when she accused the state government led by Governor Seyi Makinde of neglecting her family at a critical time. At the time of the visit, she alleged that the government had not commiserated with her on the death of her husband. She also confronted the deputy governor who was in the company of governors Kayode Fayemi of Ekiti State and Umar Ganduje of Kano State among others, for not calling her on phone, to condole with the family, an an accusation the deputy governor disputed.

Ever since that outburst or what seemed to be an altercation between the wife of the late Ajimobi and the deputy governor, there have been very unpleasant comments and insinuations particularly in the media. From the side of the state government, media statements have been issued to explain the position of the government or better still, absolve the administration of Governor Makinde of the allegations either raised or insinuated by the wife of the late Ajimobi. On the other hand, the former First Lady of the state has continued to make headlines with a sustained expression of bitterness.

The widow’s anger and outpouring of emotions is understandable. Many well meaning Nigerians who held the late Ajimobi in high esteem have since declared that whereas the grieving woman should be allowed to vent her anger for whatever reasons, a media war over this is absolutely unnecessary. The people who speak for the government of Oyo State and those who tend to be speaking for the Ajimobi family do not have any reason to engage in a media war. A rift between the state Ajimobi led for eight years and his family is not what the media should be promoting at this time. No doubt, it is a trying time for the Ajimobis; a very challenging period indeed.

The late Ajimobi served the state meritoriously, at the end of which he left a blueprint for the state, an action which Governor Makinde has publicly acknowledged and commended. While he was still alive, Ajimobi pledged to support Makinde to continue to build on his administration’s achievements, particularly infrastructure development. Observers also described the gesture by the late governor as a rare one, coming from a former governor who belonged to a political party different from that of the incumbent.

Until his death, Ajimobi always saw Makinde as a younger brother rather than a political adversary. When Makinde himself tested positive to COVID-19, it was Ajimobi who contacted him and gave him words of encouragement. Ajimobi commended the governor’s bravery. He wished him quick recovery and God’s protection. That was an outstanding sign of maturity. Ajimobi was truly a man of peace. One thing therefore, the government and people of Oyo State can do for Ajimobi in death is to allow peace to reign.

As the Ajimobi family continues to mourn, there is a compelling need to put the records straight. What appears to be a point of disagreement between the Makinde administration and the Ajimobi family is a land dispute between the two parties. While he was governor of the state, Ajimobi was alleged to have acquired a parcel of land in Ibadan, the state capital, which later became a subject of litigation under the new administration. Interestingly, the court action was instituted by Ajimobi as the Makinde administration took steps to reverse what it considered to be inappropriate acquisition. From an unbiased point of view, many well meaning citizens of the state have acknowledged that the legal tussle over the disputed land is just a way of putting things right. It is a way of laying to rest, claims and counter claims of ownership. It was not meant to settle scores, if any, between the past and present leaders of the state.

It is unfortunate that this matter was not resolved before the unfortunate death of Ajimobi. It is therefore worrisome that media aides from both sides are creating the impression that a battle line has been drawn between the government and the Ajimobi family. That is far from the reality on the ground. As an insider, or at least one who knows one or two persons within the Ajimobi family, one can state unequivocally, that contrary to the erroneous impression being created out there, the family has no plans to engage Makinde in any battle what so ever.

Even in death, Ajimobi deserves the best from the government and good people of Oyo State because to them, he gave his best. Ajimobi was credited with the establishment of the Joint Security Task Force otherwise known as Operation Burst, leading to the state being ranked as the 5th most peaceful state by the National Bureau of Statistics.

His government was the first elected administration to build a flyover in the Mokola area of Ibadan, resulting in the easing of congestion and traffic gridlock in parts of the city. He initiated the construction of the Ibadan Circular Road, modernized and dualised major entry roads in the densely populated state capital bringing about improved commercial activities and ease of movement around the state.

In order to improve the participation of stakeholders in the administration of public secondary schools, he established the School Governing Boards. That was complemented with massive infrastructure development. That led to about 50 per cent increase in public school enrolment in the state. With about N2.5 billion injected into that segment of the education sector, no fewer than 628 public secondary schools were impacted. So successful was this education initiative that Governor Seyi Makinde publicly committed himself to not only sustaining it, but building on the successes it has recorded.

From the foregoing, it is obvious that, contrary to the impression being created out there by some sections of the media, the two sides have more reasons to work together to take Oyo state to greater heights, than engaging in needless altercations which does no good to anyone.

The family and associates Governor Ajimobi left behind are definitely not at war with the Seyi Makinde government, contrary to the position some gladiators are promoting in the media. They should be left alone to mourn the passage of their loved one. On the other hand, Governor Makinde does not need any war, real or imaginary, against the Ajimobi family . It will amount to a distraction to his young administration. He needs to remain focused. That way, Oyo State can make progress, and the soul of the departed will rest in the peace it deserves.

Mr Babatunde wrote in from Iseyin 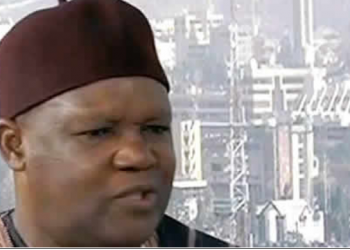 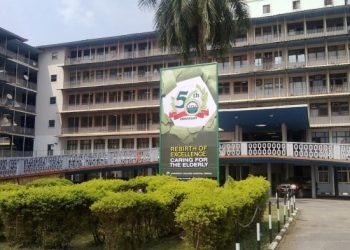