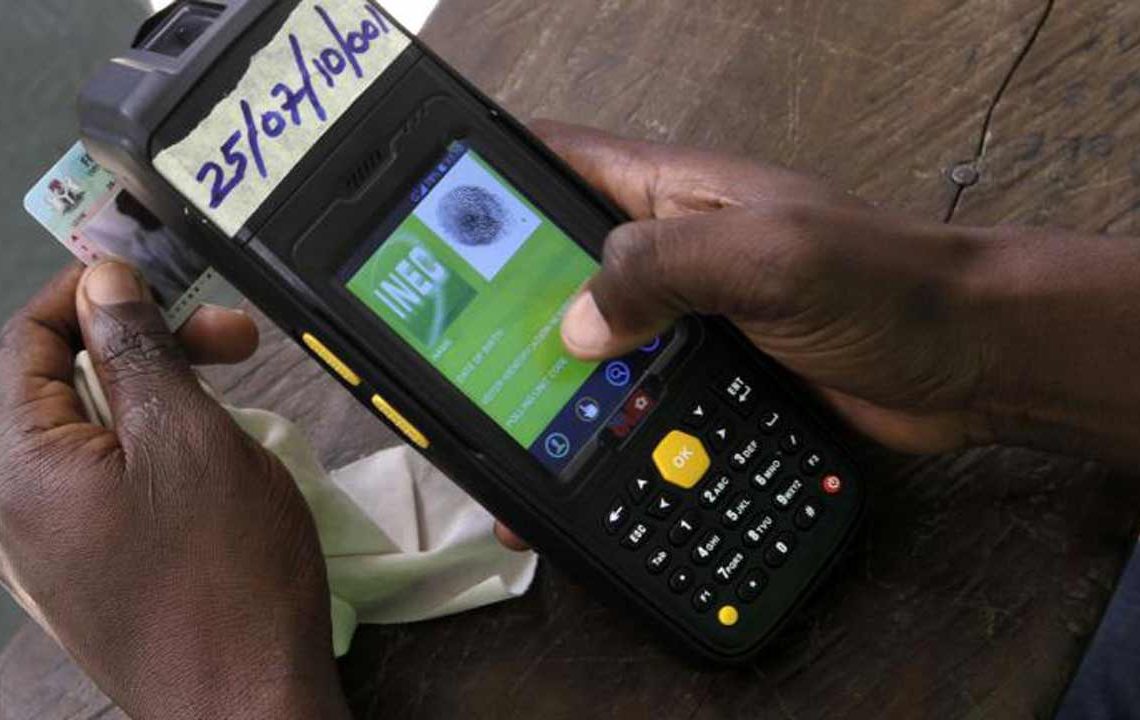 As elections into local government councils get underway in Lagos, some officials of the Lagos State Independent Electoral Commission (LASIEC) have blamed their late arrival to polling unts on the non-availability of card-readers.

The officials spoke with the News Agency of Nigeria (NAN) in Kosofe.

They said that they were forced to settle for manual checking of the voters so as to save time and ensure that no one was disenfranchised.

The Presiding Officer of Unit 041, Ward G, Mr Abiodun Bisayo, said that the delay was as a result of the endless wait for the card-reader.

“We left for the voting venue when we were told to use manual checks.

“It is not our fault that we came late. LASIEC officers are responsible. We have all other materials, except the card readers,” he said.

“We have other materials for the elections, except the card reader.

“We are going to use manual identification devices as there is no card reader machine,” she said.

An Octogenarian, 83-year-old Madam Ebun Babatunde, told NAN that she got to the venue at about 5.30 a.m. from Ikorodu where she is resident.

She said she registered at Ogudu but relocated about two years ago, stressing that she left Ikorodu early in the morning due to restriction in movement.

Babatunde said she came to vote because it was her civic responsibility, calling on those to be voted for to represent the people and not their selfish interests.

She urged the voters to always vote for the best persons that would do well for the people.

“I have participated in all elections in Nigeria because I believe my vote will count.

“Even in the Bible, some people were elected. Election is Biblical. I am not happy that up now (8.45am), the election officials are not here.

“They told us to come on time. Now we are here and they are nowhere,” she fumed.

NAN reports that voting started at the units at 9.50 a.m. with less than 20 people around.

Lighting Olympic cauldron greatest honour I will ever have – Osaka