Home » News » Children orphaned by insurgency are mine – Sultan

Children orphaned by insurgency are mine – Sultan 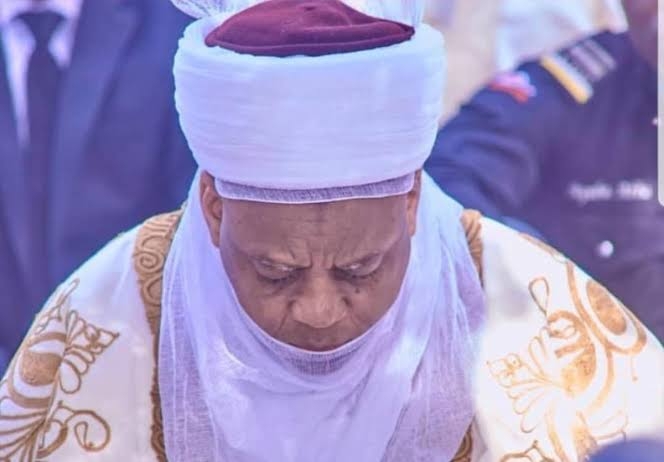 Alhaji Sa’ad Abubakar III, the Sultan of Sokoto and President-General, Nigeria Supreme Council for Islamic Affairs (NSCIA), has declared that the orphans of insurgency are his children.

Abubakar made the declaration on Saturday, at the Eid-el-fitr lunch organised for the students of UK Jarma Academy in Sokoto State.

The school, which was initiated by a Sokoto-based Philanthropist,  Alhaji Umarun Kwabo, has 171 Orphans from Borno, Yobe and Sokoto states.

They include 117 orphans from Borno, 21 from Yobe and 33 from Sokoto, being sponsored by the Philanthropist to acquire their education to tertiary institution.

According to the Sultan, the children are no longer orphans because he is their father.

“We will continue to ensure that this children are living comfortably, we are their parents and they are our children,” he said.

Abubakar also called on scholars to sustain more enlightenment on the need for the society to support orphans.

“The gesture, if properly sustained by our society, will drastically reduce the ugly situation of rampant begging across our domain,” he said.

The Sultan appreciated the sponsor of the children, Sokoto State Government and others, to continue to support the initiative.

He appealed for a sustainable prayer by Nigerians for peace, unity and progress in the country.

Gov. Aminu Tambuwal, who was represented by his Deputy, Alhaji Munir Dan’iya, reassured of his administration’s commitment in supporting orphans.

He thanked Kwabo for sustaining the initiative and appealed to other personalities to emulate the gesture, considering its abundant reward from the Almighty Allah.

Earlier, the school Proprietor, said the gesture was part of his commitment to encourage the society to support orphans across the country.

“This initiative is a massage to all Nigerians. I am sure no matter how little, one can assist to reduce the burden of a single orphan within the society,” Kwabo said.

Maidoki said that they had since engaged into various skill acquisition programmes which included tailoring, phone repairs and knitting.