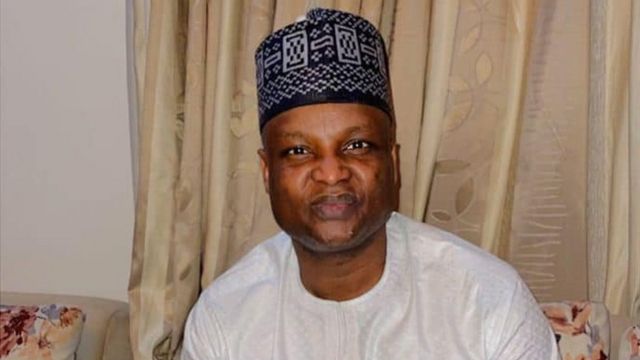 A Federal High Court in Abuja granted the National Drug Law Enforcement Agency (NDLEA)’s application to review facts of the two defendants who pleaded guilty in the ongoing trial of suspended DCP Abba Kyari and others on alleged cocaine deal.

Justice Emeka Nwite, in a ruling, dismissed the objection raised by counsel for Kyari and other co-defendant officers that granting the request might jeopardise their case.

The two defendants are Chibunna Umeibe and Emeka Ezenwanne, who are 6th and 7th defendants respectively in the matter.

They are the two alleged drug traffickers arrested at the Akanu Ibiam International Airport in Enugu, who pleaded guilty to five, six and seven counts preferred against them by the anti-narcotic agency.

Delivering the ruling, the judge agreed with the NDLEA and counsel to Umeibe and Ezenwanne that the objectors had not given sufficient evidence why they would be prejudiced if the court granted the request.

Justice Nwite aligned with the argument that keeping Umeibe and Ezenwanne in prison while the trial of others last was to infringe on their right to fair hearing going by Section 36(4) of 1999 Constitution (as amended).

He held that the objection lacked merit, and ordered the NDLEA to commence the review of facts of the 6th and 7th defendants’ case.

Nwite then adjourned the matter until May 26 for review of facts and hearing of the motion on notice.

They were the suspended officers of the Intelligence Response Team (IRT) Unit formerly led by Kyari.

They had pleaded not guilty to all the counts leveled against them.

Although Umeibe and Ezenwanne’s names were also mentioned in counts three and four where allegations bordering on conspiracy were leveled against Kyari and others, they were not ask to take a plea on these two counts

However, NAN reports that shortly after the plea was taking, counsel for the NDLEA, Joseph Sunday, prayed the court to grant a leave to review the charges against Umeibe and Ezenwanne in order for the court to sentence them accordingly.

But Kanu Agabi, SAN, had objected to the prosecuting lawyer’s request.

Agabi argued that should the court convict and impose a sentence on the duo, it would jeopardise Kyari’s and the other four defendants’ case.

According to him, convicting and sentencing these two defendants who have pleaded guilty to the charge will be prejudicial to our clients case.

He contended that Umeibe and Ezenwanne might have “pleaded guilty out of ignorance.”

Besides, he said the fact that their names were also mentioned in counts three and four made the matter worse.

He pleaded with the court to put the sentence and conviction of the two defendants on hold, pending the determination of the matter.

After taking arguments from lawyers to the parties, Nwite had adjourned the matter until today for ruling.

How Jonathan is disqualified from contesting 2023 presidential election