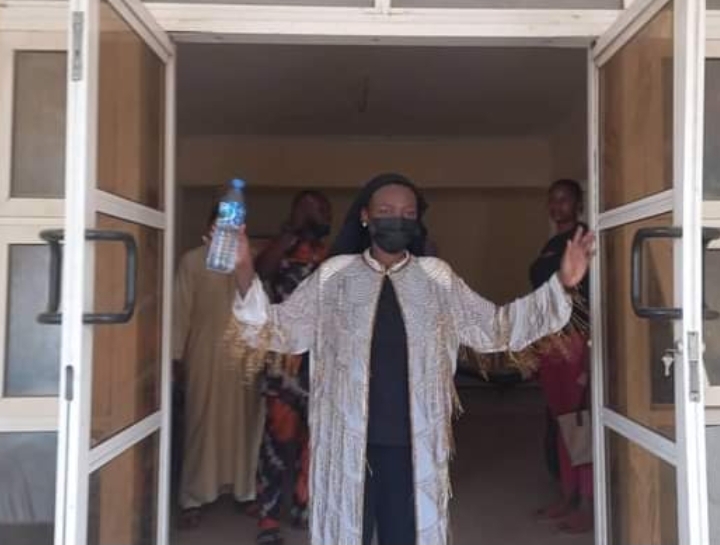 TheNewsGuru.com (TNG) reports presiding judge of the court, Ismail Abdullahi Jibrin ordered the re-arrest of Jaruma after she failed to appear in court for proceedings.

The judge ordered the police to re-arrest Jaruma and remand her at the Suleja Correctional Centre until March 17, 2022, the new adjourned date.

BREAKING: Another popular Lagos pastor sentenced to 7 years in prison

Recall that the Upper Area Court had earlier granted Jaruma bail after she was remanded in the prison in Suleja in January.

She was remanded at the Suleja Correctional Centre after she was arraigned by the police for allegedly publishing false news, intimidating and defaming businessman Ned Nwoye and his wife, Regina Daniels.

Granting her bail, the judge adjourned the matter until February 23 for trial. But Jaruma failed to appear in court on the adjourned date.

Earlier, the Prosecution Counsel, Mr Edward Inegbenoise and Chinedu Ogada had told the court that the complainant, Chief Ned Nwoko reported the matter through a written petition from his Lawyer to FCT Police Command for proper investigation on Jan. 20.

Inegbenoise, said that the defendant, used various social media platform, particularly through her instagram handle to publish falsehood against the nwoko and his wife princess Regina to members of the public.

Inegbenoise alleged that the defendant through her Instagram handle published that she gave N10 million to princess Regina Daniels to advertise her illicit product, known as Kayanmata.

Inegbenoise, also alleged that the defendant use the product to corrupt public morality through social media advertisement and other unwholesome activities.

He informed the court that the offence contravened the provisions of sections 392, 393, 397 and 418 of the penal code.

However, Jaruma pleaded not guilty to the charge against her.