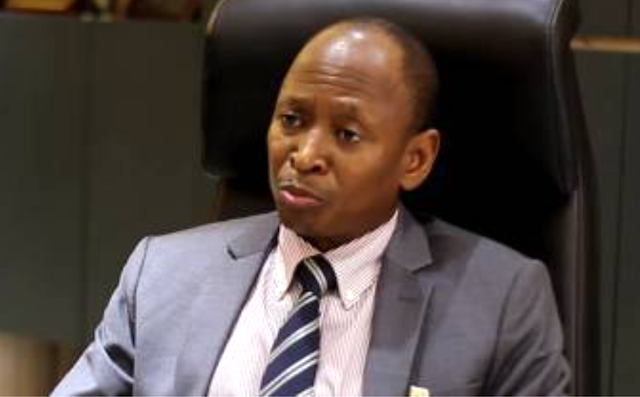 Justice Jadesola Adeyemi-Ajayi of the Federal Capital Territory (FCT) High Court sitting at Maitama, today, ordered that the former Accountant-General of the Federation, Ahmed Idris be returned to Kuje prison till July 28.

The Judge ordered his return to prison pending the delivery of a ruling on whether to admit him and his co-accused persons to bail or not.

Following their arraignment by the anti-graft agency, the Economic and Financial Crimes Commission, EFCC on July 22, the former Accountant General applied that he be admitted to bail by the court to enable him prepare his defence in the 14-count criminal charges brought against him by the Federal Government.

At the Wednesday proceedings, Justice Adeyemi-Ajayi Ajayi after listening to arguments from both prosecution and defence Counsel announced that she will make her decision known on July 28.

The former Accountant General, alongside Godfrey Olusegun Akindele, Mohammed Kudu Usman and Gezawa Commodity Market and Exchange Limited were arraigned by EFCC on July 22 on a 14-count charge of stealing and criminal breach of trust to the tune of N109, 485,572,691.9

At the resumed hearing on Wednesday, counsel to the first defendant, Chief Chris Uche SAN, moved his client’s bail application praying for the order of the court to admit the former Accountant General to bail.

He argued that the charges are bailable offences adding that they are not capital offences.

He told the court that his client never abused any court process and has the necessary surety to stand for him, urging the court to grant him bail on liberal terms.

Also, counsel to the second defendant Peter Abalaka prayed the court to grant his client bail pending the trial of the charges.

He said the counter affidavit of the prosecution dwelled on sentiments and prejudices which do not have a place in the trial, urging the court to consider the bail application adding that his client is obedient and will not disobey court orders.

The counsel to the third defendant Mohammed Ndayako argued that the entire offence is bailable and urged the court to do the needful and grant his client bail.

In his arguments, the prosecution counsel Rotimi Jacobs SAN told the court that, the former Accountant General and others have committed a criminal breach of trust which is a serious offence that should not be granted bail.

He told the court to consider the nature, gravity and weight of the charges as they are sufficient enough to be refused bail.

He argued that the charge is a public offence which is equal to terrorism and genocide and should be handled with all seriousness adding that he is ready for the commencement of the trial.