by Kehinde Ajose
in News, Nigeria
Reading Time: 3 mins read
A A
0 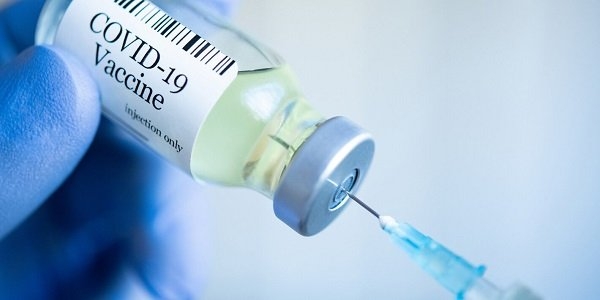 Dr Rasheedat Oniyangi, an Abuja based Consultant Paediatrician, has called for rebuilding of trust between the government and the governed in order to combat the spread of COVID-19 pandemic in Nigeria.

Oniyangi gave this advice on Wednesday while delivering the 8th Kola Olafimihan Endowed Lecture of the College of Health Sciences, University of Ilorin (Unilorin).

The paper presentation was entitled: “The pandemic now and next time -matters arising”.

The medical expert, who was formerly the Chairman, Medical Advisory Committee, National Hospital, Abuja, observed that the disease would not be the last pandemic that would ravage humanity.

She added that the pandemic had exposed the inherent weaknesses associated with the nation’s public health system.

According to her, sustainable efforts must be made to fight the pandemics, which she says will always occur among other health challenges.

“The surest way of addressing the challenges posed by the pandemic is for the people at the grassroots not only to be adequately informed about the pernicious and pervasive nature of COVID-19, but also get involved in the fight against it.

“As long as there is mistrust between the government and the people, the synergy needed to fight the pandemic would remain a mirage,’’ she said.

The medical practitioner encouraged government to stimulate the cooperation of religious and traditional leaders as well as opinion leaders and other influential segments of the society toward taking the challenge more seriously.

She said that it was only when the trust of the people was built, earned and sustained by the government that the series of efforts being made here and there would not only be smooth but also efficacious.

She also suggested that congregations in large gatherings, particularly for social activities, must be suspended for now that a new variant of the disease had been reported in Nigeria.

The expert commended the government of Cross-River for suspending the popular annual Calabar Carnival.

She therefore called on government to redouble its efforts in effective information dissemination through integrated media to stem the tide of the spread of the disease.

She added that the more that was done; the more informed and involved the ordinary citizens become.

Oniyangi also canvassed for increased vaccination of the populace to ensure that more percentage of the nation’s population was protected against the disease.

She added that the three per cent of the nation’s population vaccinated so far was too low considering the pervasiveness of the disease.

“Contrary to the opinions of some people, there is no harm in the vaccines currently being administered,” she said.

She dismissed misconceptions surrounding the Coronavirus vaccines, which led to vaccine hesitancy, saying that it was even more disturbing that otherwise educated people were not only disregarding and rejecting the vaccine but were also campaigning against it among their followers.

Oniyangi said though vaccine did not prevent the disease but it had been established that getting vaccinated could reduce its severity as she also canvassed for accountability on the entire project.

Earlier, Prof. Sulyman Abdulkareem, the Vice-Chancellor of Unilorin, underscored the need for everyone to contribute his or her quota to the health of the nation.

He commended the family of the late foremost medical icon, Dr Kola Olafimihan, and the authorities of the College of Health Sciences, Unilorin, for sustaining the annual lecture series.

He added that the Olafimihan family should ensure the sustenance of the legacies of service lived by their late father through the annual lecture.

The provost said the 8th edition of the lecture was targeted at drawing the attention of stakeholders and ordinary citizens to critical matters arising from the pandemic now and in the future for benefit of humanity.