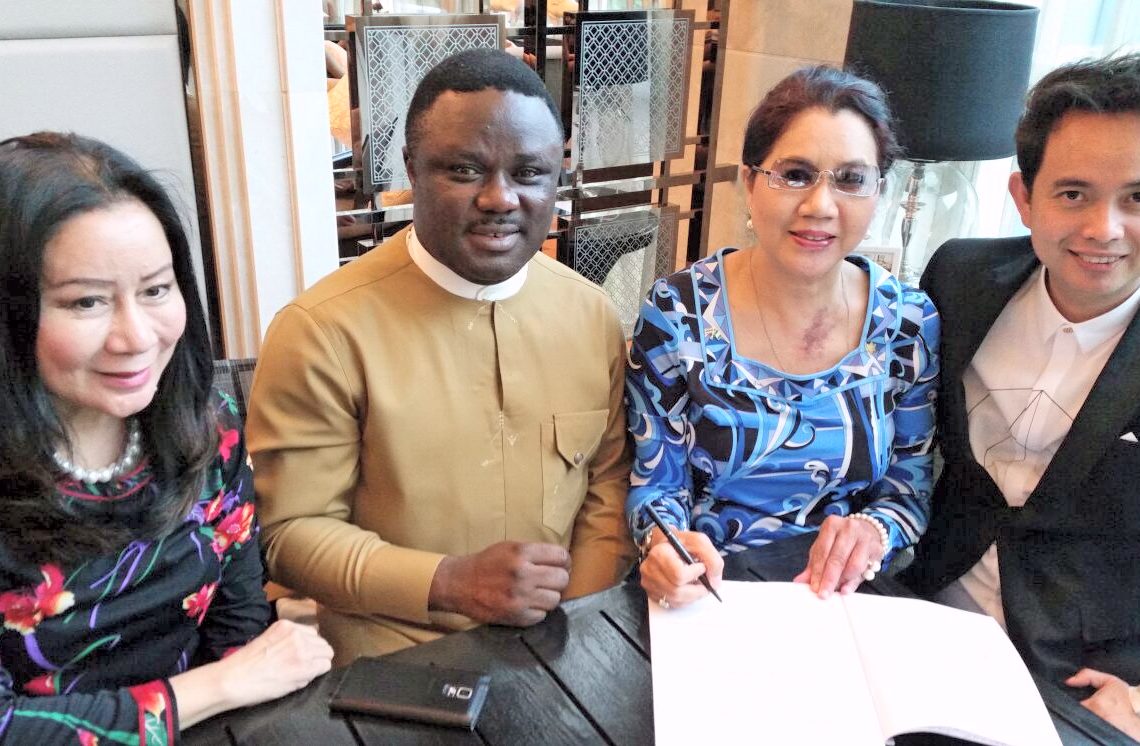 Governor Ben Ayade of Cross River State has said that then when completed and in operation, the state rice city under construction will be the best seedling plant in Africa.

Ayade stated this, Monday, while inspecting the level of work at the project site situated along Goodluck Jonathan bypass in Calabar.

In his words: “We went around looking for the very best and we saw the very best in the world. We decided to modify it and when in full operation, you will see the sophistry and the automation which will be absolutely wonderful,” adding that, “it is obvious that this will be the most outstanding seedling plant in Africa.”

The governor who expressed satisfaction on the progress of job done at the construction site said: “The speed of work is quite fine and I am impressed with the outcome of the design concept. That is why the team has come back from Thailand to review what we have done on ground.”

Intimating that he feels happy when MoUs turn into action, Ayade lashed out at critics who grumble each time government goes into a pact with multi-national companies in a bid to industrialise the state.

According to him, “an MoU does not mean that you sign it today and tomorrow the plant is running, but here is one MoU that is fully in operation. MoU is a technical agreement between parties that are willing to understudy each other and do business. That is the first step and the next is progress, due diligence of both parties and consummating it with the proper agreement.”

Ayade also pointed out that, “Although we have missed our target day which is May 29, but surely we are on course in terms of quality standard, a lot of design review as you can see. Some areas that were completed, we have to go back to reconstruct what we had actually constructed because there were changes in design.”

CEO Thai- African Rice, Mr. Kannadit and another team member, Mrs Pantipa D, in their various remarks, explained that there was need to put the right combinations of the equipment and machinery in order to offer the best rice seedling centre in Africa.

Kannadit said: “We are doing a little modification as we want the best. We want to do it once and in the proper way,” adding that,”this project will generate a lot of money from seeds production while opening up a vista of opportunities in job creation and training.”