The police escorts attached to Nigerian singer, Damini Ogulu, aka Burna Boy, who were arrested over a shooting at socialite Obi Cubana’s club, have said the bullet fired around 4am on June 8 was not from their rifles.

The policemen, all corporals, were said to have argued that there were other uniform policemen within the premises of the club when the incident happened.

Burna Boy has been in the news since the reports of the alleged shooting of two fun-seekers by his police escorts.

The shooting was said to have occurred after the singer allegedly made a pass at a lady said to be Lawrence’s wife.

Meanwhile, Burna Boy is yet to show up to explain his side of the matter since the incident happened, as he reportedly traveled to Spain. 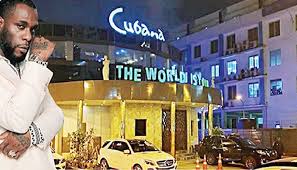 About four policemen waited outside while one of the policemen, identified as Inspector Ibrahim, who was in mufti, accompanied the Grammy-Award-winning artiste into the club.

According to multiple witness statements, the singer was in the VIP section with three women when he spotted another woman.

He was reported to have told Ibrahim to invite the woman to join him.

However, the lady’s husband was said to have lambasted the singer, insisting that it was disrespectful for any man to make advances at his wife.

After some minutes, Burna Boy reportedly made fresh advances at the woman.

This infuriated her husband further and his friends who had gathered at the club. 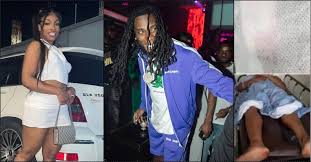 “As things were getting heated, Ibrahim brought out his service pistol and shot multiple times while Burna Boy was laughing,” said a senior policeman.

In the process, 27-year-old Lawrence was shot in the thigh while his friend, Tolu, was hit in the head by a bullet. This caused a commotion in the club.