Five Internet fraudsters have been convicted for cyber fraud by both federal and state high courts in Ibadan, Oyo State, and Osogbo, Osun State.

The Economic and Financial Crimes Commission, EFCC, in a statement on Tuesday, by the Head- Media and Publicity, Wilson Uwujaren, said the cases were prosecuted by its Ibadan Zonal Command. 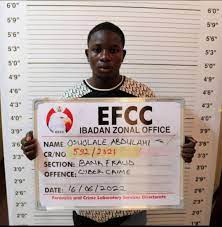 TheNewsGuru.com (TNG) reports that the anti-graft agency said each of them was convicted for offences bordering on cyber-fraud.

Upon their arraignment, they pleaded guilty to the charges preferred against them. 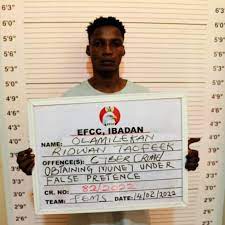 In view of their pleas, the prosecution counsel urged the courts to convict and sentence them accordingly. 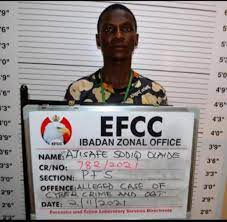 He was required to clean the toilets at the Ataoja School of Science, Osogbo, Osun State.

Also, the court ordered that the convict’s attendance register be kept by the school principal and submitted on completion of his term.

In the same vein, Justice Omolara Adeyemi of the Oyo State High Court convicted and sentenced Morenikeji to six months’ community service; Abiodun and Taofeek got one-week community service each, as their offences violated Section 484 of the Criminal Code Cap. 38 Laws of Oyo State, 2000. 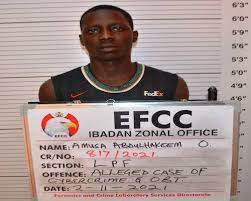 The courts ordered that the convicts restitute to their victims and forfeit all items recovered from them to the Federal Government.

Yahoo Boys are young men, usually aged between 22-29 years, who specialize in various types of cybercrime. Many of them may be undergraduates or college dropouts whose distinct lifestyles of fast cars, wealth and ostentation is the envy of many of their age-mates.