by Kehinde Ajose
in News 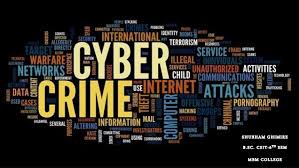 Bray made the disclosure at the opening of a two-day conference organised by Cyber Security Experts Association of Nigeria (CSEAN) in Lagos on Wednesday.

The News Agency of Nigeria (NAN) reports that the conference had the theme:  ”Mitigating Cyber Threats in the Digital Age”.

The consul-general said that cybercrime might  soon become more profitable than global trade.

Non-delivery scams: 5 reasons they work and how to avoid becoming a victim

He also expressed  worry that applications and infrastructure being built with an agile mindset could be easily adapted for purposes not originally conceived by their coders.

Bray said that, with Internet of Things (IoT) and the growth of the digital movement, there would be continuous increase of cybercrime.

“As the world embraces the IoT, big data, cloud and mobility, security must be more than an afterthought.

” With new threats appearing on a daily basis, and attackers continuously refining their techniques, it could be difficult to keep up.

” Businesses and government agencies need to evolve more infrastructure  to cope with the ever-changing threats.

“Landscape organisations can no longer merely react to threats but need to create infrastructure that are agile and adaptive where breaches are addressed before they happen,” he advised.

Bray said that cyber security must become an enabler of businesses, lifestyles, healthcare and a better society.

He urged that workshops, plenary and breakout sessions at the conference should fully explore the issues and further prepare Nigeria’s cyber security industry for evolving challenges of the cyber space.

Prof. Umar Danbatta, Executive Vice Chairman, Nigeria Communications Commission, said that although the commission was not a security agency, it ensured that there was an enabling environment to assist security agencies in telecom-related security incidents.

He said that Nigeria was facing numerous challenges in cybercrime management as a result of absence of comprehensive and reliable demographic and biometric database.

” We also have insufficient expertise in the area of cyber and information security.

” We do not have sufficient inter- agency, regional and international collaborations, ” he said.

The executive vice chairman said that the commission had played several roles in combating cybercrime and developing cyber security.

” We have put in place relevant regulations to support security agencies such as registration on lawful interception.

He added that the commission championed national SIM card registration, noting that the registration matched each SIM card with a biometric identity that served as a key database which governments and crime management programmes could  rely on.

Danbatta also said that the commission played a major role in the  implementation of national cyber security strategy.

Danbatta said that CSEAN was  a partner in the  “Stop. Think. Connect”  campaign  aimed at helping global digital citizens to stay safer and more secure.

He advised Nigerians to be more vigilant and develop safe online habits. 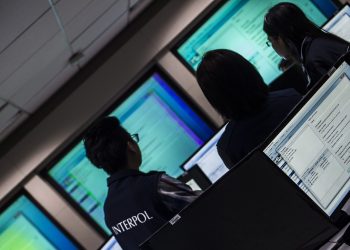 Non-delivery scams: 5 reasons they work and how to avoid becoming a victim

I am going to win the Grammys- Tekno