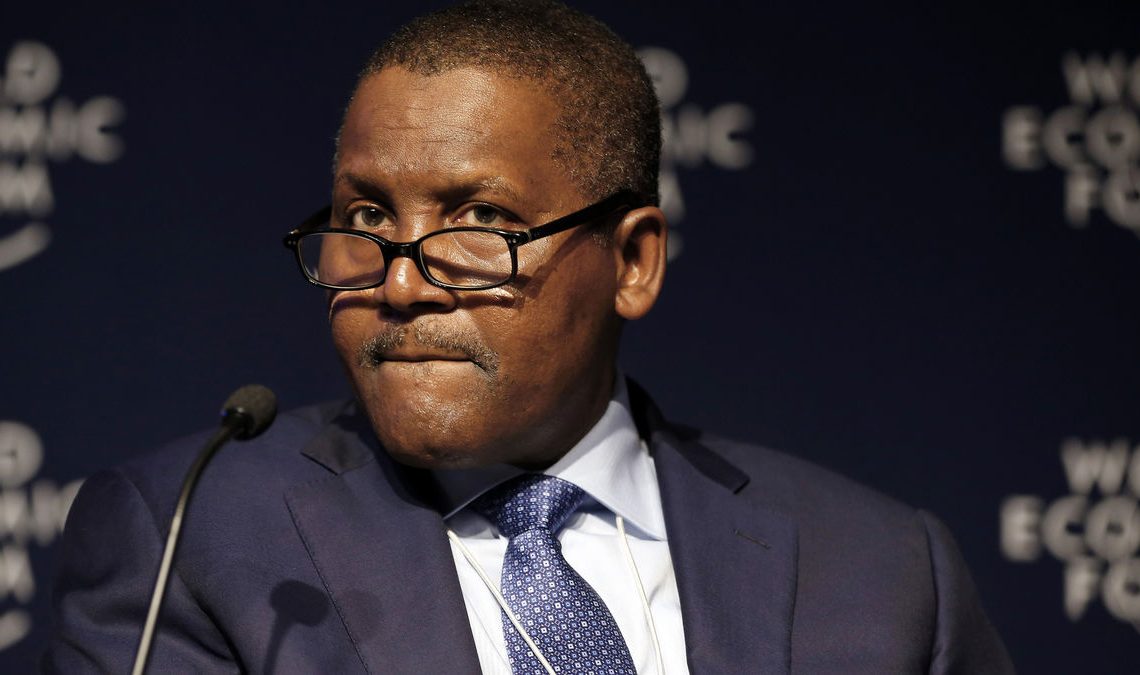 This is contained in a statement signed by Mr Anthony Chiejina, Group Head, Corporate Communications, Dangote Group on Sunday in Lagos.

According to the President, Dangote group, the project currently employed 29,000 Nigerians and 11,000 foreigners at the 650,000 barrels-per-day world’s largest single refinery project, located in Ibeju Lekki area of Lagos State.

This, he said was a ratio of about three Nigerians to one expatriate, with a projected increase for local talent with the new additions.

The business mogul said the refinery project remained the biggest in Africa, and one of the biggest in the world, adding that many Nigerians were getting massive training as a way to build in-country capacity.

He added that the construction of the refinery was informed by his desire to help the Federal Government, tackle the lingering issue of petroleum products’ importation.

Dangote described the refinery project as an investment that would transform the economies of countries in sub-Saharan Africa.

“It makes me feel terrible to see a country as big and resourceful as Nigeria with high population, importing all its petroleum products, so, we decided it is time to tackle this challenge.

“We are creating a lot of capacity in the country, which will be of great help for future oil projects in Nigeria, most especially, with the opening up of the oil industry through the new Petroleum Industry Act.

“It means that the country can boast of human capacity, needed in the oil and gas sector.

“Most of these Nigerians can compete anywhere in the world, in terms of electrical, welding, mechanical erection etc. We have actually created massive capacity,” he added.

Dangote emphasised the need for the country to shift attention from crude oil export and diversify the economy.

“We should not as a country, be comfortable with generating revenue from crude oil export alone, because tomorrow, people may not need crude oil.

“If we do not move from crude oil to something else, we will have issues as a country. This is one of the things that I took upon myself to help address,” he said.

Teacher who raped, infected 14 pupils with HIV in police net