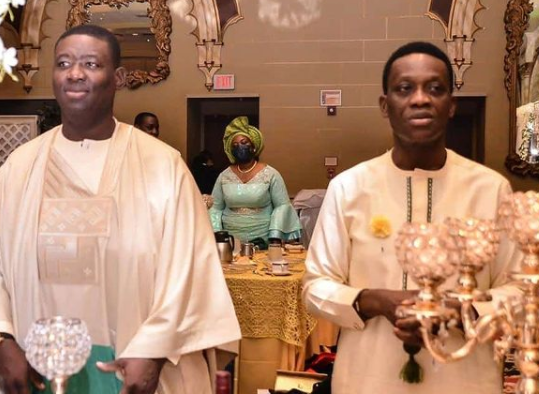 Leke Adeboye, the last son and Senior Personal Assistant of the General Overseer of the Redeemed Christian Church of God, Pastor Enoch Adeboye, on Friday paid tributes to his late brother Dare Adeboye.

TheNewsGuru recalls that ‘Pastor Dee’ as he is fondly called died in his sleep on Tuesday in Akwa Ibom where he resided with his family.

Recounting unknown details about the demise of his elder brother, Leke said in an instagram post that at the time of his death, Dare’s fist was still clenched as though he were holding a microphone.

“Your fist was still clenched like you were holding a mic. But this time with your eyes closed and smiling,” he wrote.

Leke also stated that his late brother, as was his tradition, would have sent him money on his birthday on May 20 and he would have returned the favour on Dare’s birthday on June 9.

“It’s my birthday on May 20. You would have sent me a cash gift as a little brother. And I would have retaliated on June 9. I still will, as you have given me a gift of being my brother,” wrote Leke.

“Thank you for all the experiences. The goods, the grillings and the godly.”

Recall that Leke had earlier on condemned individuals asking questions about his brother’s demise.

He wrote on his Instastories: “So my brother died and some people are asking me how he died. You should ask me how did he live and how should you live”? he said.

Governors at war: ‘You are one of the real enemies of Nigeria’, Ortom fires back at El-Rufia

Governors at war: 'You are one of the real enemies of Nigeria', Ortom fires back at El-Rufia