by Bayo Millz
in Health, News
Reading Time: 1 min read
A A
0 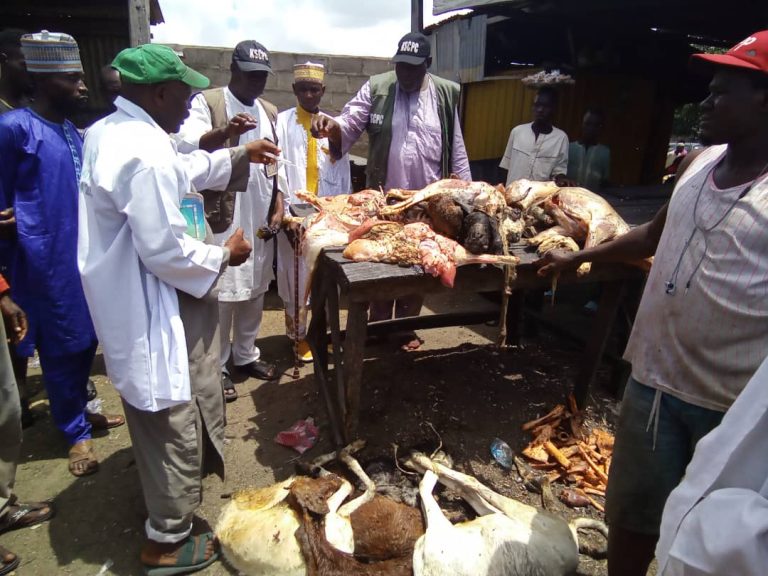 The Acting Managing Director of the council, Dr Baffa Babba-Dan’agundi, disclosed this in a statement by the Council Spokesman, Musbahu Yakasai, in Kano on Monday.

Babba-Dan’agundi, represented by the Senior Special Assistant to the state Governor on Consumer Quality Assurance, Alhaji Salisu Muhammad, said the council was tipped with the information about the animals at about 6:00 a.m. on Monday.

“We received an information from some good citizens that some animals which include ram and goat were brought to Abbatoir after slaughtering them somewhere.

“As a result of which they became suspicious that they were already dead before slaughtering them.

“Our team immediately swung into action and seized the animals in our efforts to protect the people of Kano from using unwholesome, fake, and adulterated products.”

He noted that the council invited a Veterinary Doctor to test the animals  whether they were fit for human consumption and confirm if truly most of them were already dead before they were slaughtered.

“The culprits will be dealt with accordingly.”

Babba-Dan’agundi called on butchers in Unguwa Uku ‘Yan Awaki Abbatoir and Kano in general, especially those in the act of cheating, to desist from such act or face the wrath of law.