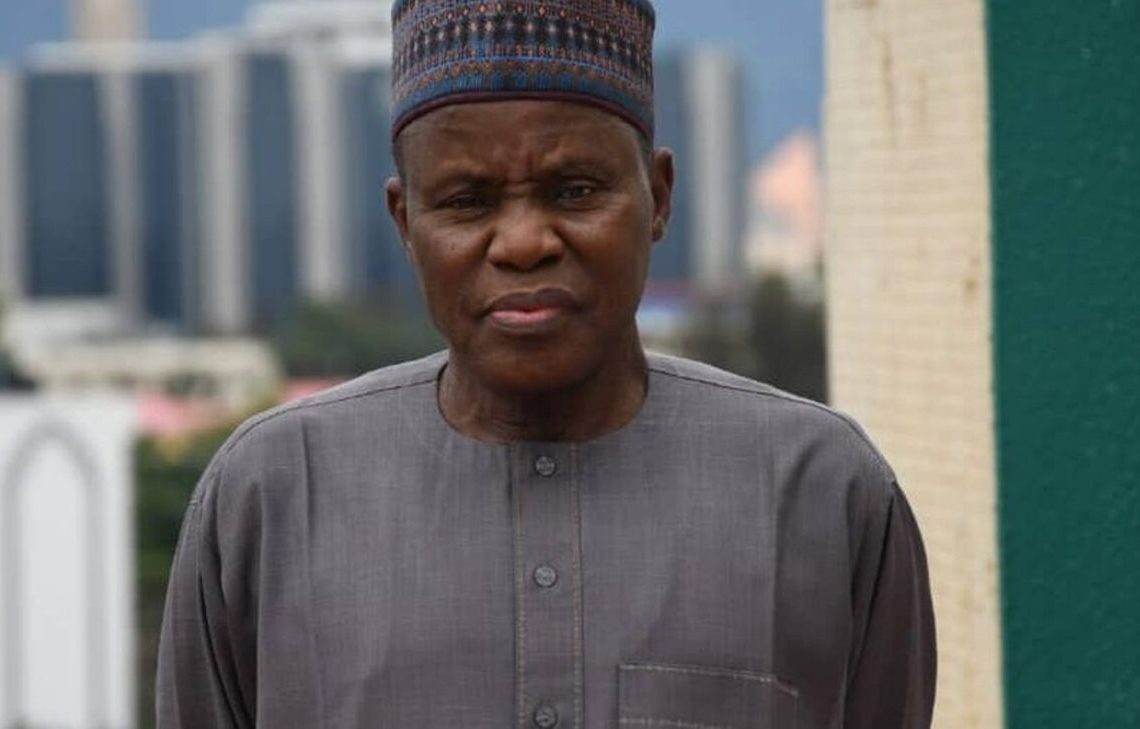 The Minister of Defence, retired Maj.-Gen. Bashir Magashi, has lauded the gallant performance of the military in the onslaught against criminal elements in the six geo-political zones of the country.

This is contained in a statement on Tuesday in Abuja by Mr Mohammad Abdulkadri, Special Assistant to the Minister of Defence on Media and Publicity.

Abdulkadir said that Magashi spoke at the Joint World Press Conference held at the Radio House Abuja on Monday.

He also said that the press conference was done together with the minister’s counterparts in the Ministries of Police Affairs, Interior and Information and Culture.

Magashi said that the troops of Operation Hardin Kai in the North East had gallantly denied ISWAP and the Boko Haram Terrorists freedom of co-ordinated attacks as they continued to suffer huge casualties, depletion and depression.

The minister, whose briefing covered Military Operations across the six geo-political zones, said that the criminal elements had been substantially degraded and defeated in the last four weeks.

He said this was in compliance with the directive of the Commander-in- Chief of the Nigerian Armed Forces, President Muhammadu Buhari.

Abdulkadir said that within the period under review, 66 suspected terrorists were neutralised, alongside the ISWAP commander, Madu Chaka and 20 others.

He added that 55 others were arrested, while 52 civilians regained their freedom from captivity.

Magashi further said that the troops of Operation Hadarin Daji in Sokoto, Kebbi, Katsina and Zamfara in the North West zone had also given a good account of themselves by clearing the doubts of the bandits and kidnappers.

He assured Buhari and Nigerians of the total commitment of the military to the defence of the nation’s territorial integrity alongside other security forces.

He thanked the C-in-C for the strong backings that the Armed Forces of Nigeria continued to enjoy even in the current participation in the Peace Support Operation in the Republic of Guinea-Bissau.

On his part, the Minister of Police Affairs, Mohammed Dingyadi said the Police Force had been repositioned and re-equipped.

Dingyadi added that the force was resolute to effectively change the narratives in all the states of the federation towards keeping the country safe and secured.

Dingiyadi buttressed the successes recorded in various parts of the country including Borno state with 248 weapons recovered.

Also, 181 suspects were arrested in Delta, and 40 suspects arrested in Niger, among several others in the last four weeks.

Similarly, the Minister of Interior, Mr Rauf Aregbesola warned criminal elements to keep off the Correctional Centers across the country or they would not live to tell the story of any dastard acts.

He advised Nigerians not to obstruct the operations of the Federal Fire Service in responding to the outbreak of fire emergencies.

While acknowledging the support by the military and sister agencies in a joint operational environment the interior minister assured, ”never again would jail break be repeated.”

He added that arsonists, vandals and other criminals would pay with their lives.

Meanwhile, the Minister of Information and Culture, Lai Mohammed said that while the country may not be there yet, the military had succeeded and still succeeded in crushing the criminal elements.

This, he said, was in accordance with the directive of Buhari to the Security Forces.

The minister said what could have overwhelmed and consumed other nations of the world was what Nigeria was going through in terms of huge security challenges.

Mohammed said, ”yet, the country remains standing and resolute to end terrorism, banditry and other forms of crimes.”

He appealed to Nigerians to see security as the business of everyone and thanked the media for carrying out their watchdog roles in nation building and national defence.

APC executives pass vote of no confidence on Chairman

APC executives pass vote of no confidence on Chairman

BBNaija: Bella reveals to Sheggz what he meant to her in Biggie's house