As the battle continues to rage on who becomes the PDP guber candidate, 15 legal luminaries, all SANs have been picked 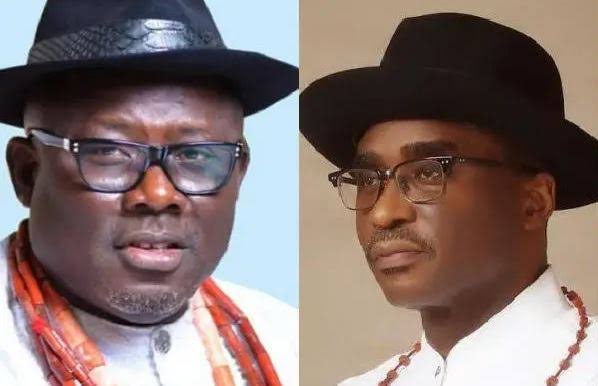 As the battle continues to rage on who becomes the PDP guber candidate, 15 legal luminaries, all SANs have been picked by Sheriff Oborevwori and David Edevbie to represent both contenders at the apex court.

The two combatants for the ticket, David Edevbie have moved their legal teams to the Apex Court to know who will fly the PDP’S flag at the gubernatorial poll.

Court processes sighted by TheNewsGuru.com, (TNG) indicated that while David Edevbie is urging the Supreme Court to uphold the judgment of the Federal High Court which declared him the PDP candidate, Sheriff Orohwedor on his part, is pleading with the Supreme Court to endorse the Court of Appeal which voided the decision of the high court.

About 15 Senior Advocates of Nigeria SANS have been assembled by the two parties to undertake the legal fireworks.

To prevent the suit from being statute barred, Justice Amina Augie appointed by the Chief Justice of Nigeria CJN, Olukayode Ariwoola to head the panel that would resolve the dispute, has fixed September 30 for the determination of the suit to a finality.

A Federal High Court in Abuja had earlier disqualified Sheriff, currently, the Speaker of the Delta State House of Assembly from the gubernatorial race on accounts of certificate forgery among other criminal allegations and replaced him with David Edevbie who came second at the PDP primary election.

The Court of Appeal in Abuja on August 29, however, reversed the decision of the Federal High Court and restored Sheriff as the flag bearer.

The appellate court had voided and set aside the judgment of the Federal High Court which on July 7, 2022, nullified his nomination on the grounds of certificate forgery and perjury.

Justice Peter Olabisi Ige who delivered the Court of Appeal decision had ruled that claims against the Speaker are criminal in nature and must be proved beyond reasonable doubts.

But Edevbie hinging his argument in legal documents sighted by TNG is insisting that there’s error in judgment on 18 grounds.

We will decide our retirement – P-Square

We will decide our retirement - P-Square