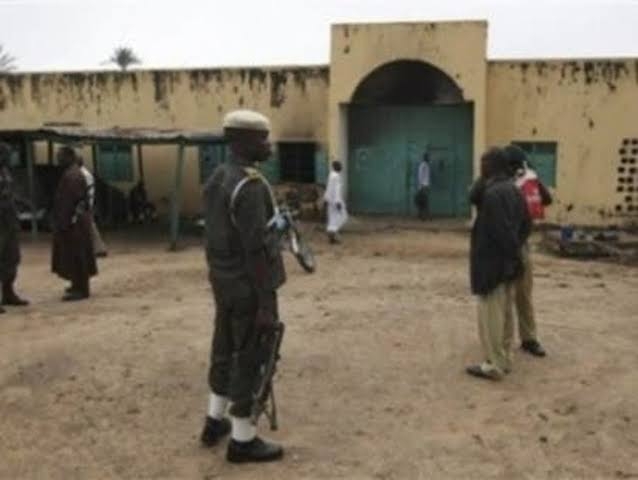 The hope of 231 inmates were dashed as none of them were released at the Kwale Custodial Centre, Ndokwa west local government area of Delta State, when the State Chief Judge, Justice Theresa Diai, visited the facility.

The 231 inmates who warrants were review had high expectations that they would be granted bail or released like nine inmates at their sister custodial centres (Warri and Sapele) who were released by the Chief Judge last week.

Justice Diai, while at the Kwale Custodial said the reason for the visit was not to throw the prison open for all inmates to walk freely on the streets, but “my duty of the visit is circumscribed and it is in accordance with the Criminal Justice Release from Custody Act”.

“And before I proceed I wish to make it clear that those visits ( Warri and Sapele) are not for the purpose of releasing everybody from custody.

“My duties include to be satisfied that the detention is lawful, so that cases which are already in court are not within the jurisdiction of the Chief Judge in such cases.

“The second one is that the Chief Judge is expected that nobody is here for more years than he is expected to serve upon admission because some people may be there for three years or more for offences that is just for two years. So in such cases the visit is an opportunity to release those people”, she declared.

The Chief Judge, thus directed legal practitioners who represented clients  during the exercise to make every applications including bail  to the trial courts.

On the appeal for state government assistance for logistics made by the Kwale prison authority, Justice Diai simply assured that she would draw the attention of the Governor to the matter even as she acknowledged state government’s numerous assistance given to correctional centres in the state, even though, it was Federal Government responsibility to provide logistics to custodial centres in the country.

“You know sometimes I just wonder whether they (federal government) still remember that there are other formations outside Abuja because there are no vehicles most of the times to produce inmates to court ” she lamented.

She however, appreciated the Kwale Custodial centre authority for maintaining good sanitary conditions, and members of the Nigerian Bar Association for contributing to the improvement at Kwale High Court.

The Assistant Controller of Corrections (ACC) Egwuatu  Joseph said that the Kwale Custodial Centre was established in 1906 during colonial era with a capacity of 262 inmates, but held 242 inmates at present.

Mr. Egwuatu who appealed for assistance from the state government, complained that the centre has only one functional vehicle to convey inmates to 32 courts in four local government areas, forcing them to hire vehicles.

He regretted that most courts do not attend to custody cases early thereby exposing inmates and prison officers to security risk.

It would be recall that the Chief Judge of the State, discharged five inmates, Ejovi Daniel (29), Testimony Invoke (35), Michael Ahmed (20), Destiny Julius (29) and Nwafili Ifeanyi (39) have been in prison custody for upward of two years, awaiting trial at the Warri Custodial Centre of the Nigerian Correctional Service.