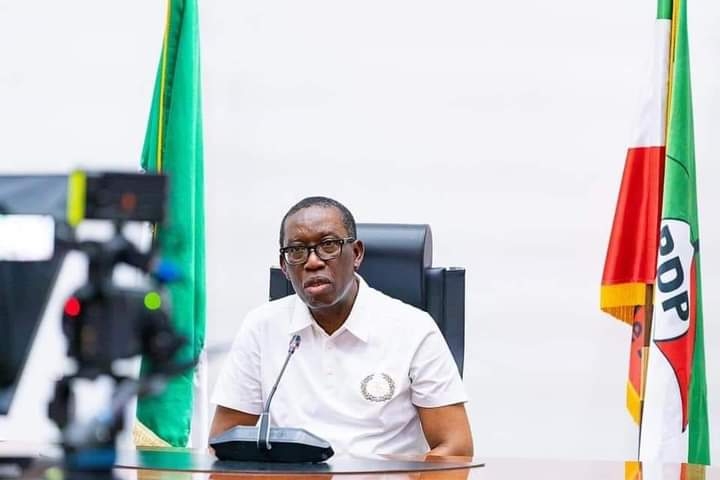 Officials of the Delta State Government have denied any wrongdoing in handling 13% derivation funds accrued to the State.

Tilije, who disclosed this at a news conference in Asaba, said that the N240 billion refunds from the Federation Accounts Allocation Committee (FAAC), was not a loan but the state’s share of 13 per cent crude oil derivation arrears from 2004 till date.

The commissioner, in the company of Mr Olisa Ifeajika, Chief Press Secretary to Gov. Ifeanyi Okowa, noted that the state government could offset its current debt if it discounted 100 per cent of its share of N240 billion refund approved by the Federal Government.

“The total debt profile of Delta state as we speak is N272 billion out of this, N84 billion is due to contractors and  pension  arrears is about N27 billion.

“The rest are the debt profile,  most of that were actually inherited by the Gov. Ifeanyi Okowa led administration.

“And in this past months, we have a total expected refund of N240 billion with respect to the 13 per cent oil derivation refunds to nine states that is ongoing.

“We had initially wanted to phase out  many legacy projects that we wanted to complete, we approached the State House of Assembly and got approval to discount N150 billion which we pruned to N100 billion as bridging finance facility from the N240 billion.

”I did say recently that out of this N240  billion that is expected from FAAC receipts, Delta has received N14.7 billion in three quarterly instalments.

“And out of this N100 billion bridging finance, we have accessed N30 billion from the commercial market,” Tilije said.

He said that with the totality of the refunds expected from FAAC, the state could clean up the outstanding debt profile if it fully discounted the N240 billion.

The commissioner explained that the governor, being a prudent manager of human and resources, felt that it would be necessary not to allow a repeat of the experience he had as new government in 2015.

“At inception in 2015, Gov. Okowa’s  administration saw hell managing the lean resources available to the state as a new government.

“This informed why all the state governments had to take a bailout fund from the Federal Government in 2015.

“The truth is that if the state government has totally taken or fully discounted the N240 billion FAAC refund, the next successive government will fall back to the experience Gov. Okowa had in 2015.

“So, unlike the other oil producing  states, who fully discounted their refunds, Okowa decided to be his brother’s keeper, take a percentage of the N240 billion and leave the rest for the incoming government to access over a period of four years.

“Besides, if we had gone ahead to discount the N240 billion in full, we would have been able to clean up all our  outstanding debt,” the commissioner said.

On his part, Ifeajika  said that the government was transparent and had nothing to hide.

According to him, the state government is conscious of the rule of law which informed why it approached the State House of Assembly for approval to access the bridging finance facility from the commercial market.

“In Delta, we are transparent, we have nothing to hide. The governor has assured that all the legacy projects will be completed before the end of his administration.”