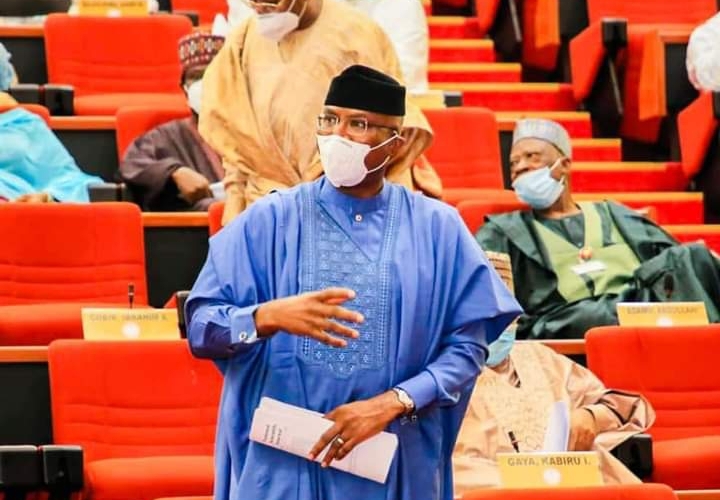 The Dein of Agbor kingdom, Dein Keagborekuzi 1, says Sen. Ovie Omo-Agege, governorship candidate of the APC in Delta, will make a great governor if given the opportunity to serve.

The traditional ruler said this on Friday in Agbor, when Omo-Agege and members of his campaign train visited the Dein in his palace.

Responding to a speech by Omo-Agege, also deputy senate president, on the reasons for the visit, the traditional leader described him as a shining light in political leadership.

“You are a shining light in Delta State and you have been able to shine in Abuja. Gov. Okowa and the Speaker, Sheriff Oborevwori are your friends.

“What we want is the best for the state and the nation, and am sure and know that you will do an amazing job as governor of Delta State.,” he said.

Earlier, Sen. Omo-Agege had told the traditional ruler that a lot had gone wrong in state and that he was leading a revolution to change the narrative.

He promised to bring about a lot changes in the state if elected ,including the proper upgrade of University of Delta .

Speaking, the state chairman of the APC, Chief Omeni Sobotie, said the people of Ika had been marginalised by the present administration.

He, however, assured that the problem would be a thing of the past with the election of Omo-Agege as governor.

On his part, the chairman of APC in Ika South, Mr Hillary Igbude, said that Ika people had not benefitted much under the present PDP-led administration.

“Eight years of the present administration is eight years of sufferings for Ika people. We have been treated as a conquered people,” he said

Igbude however, said he was sure the people of Agbor kingdom would vote APC in the next governorship election in order to better the lots of Ika people.