The Economic and Financial Crimes Commission (EFCC) told Justice Nicholas Oweibo that Mrs. Alison-Madueke did not acquire the items with her salary or any part of her legitimate income.

The anti-graft agency made the allegations while seeking the permanent forfeiture of the 2,149 pieces of jewellery and a customised gold iPhone valued at $40 million and recovered from her Abuja home.

But the former minister opposed the commission’s claims on the ground that, among others, the seizure of the items amounted to a violation of her constitutional right to own property.

On July 5, the court ordered the temporary forfeiture of 2,149 pieces of jewellery and a customised gold iPhone recovered from Mrs. Alison-Madueke’s home.

According to the EFCC, which obtained the order, the items were suspected to be bought with illicitly acquired funds. Justice Oweibo fixed Monday to hear pending motions on the matter.

When the matter was called, prosecuting counsel Rotimi Oyedepo told the judge that it was in the best interest of justice for the jewellery and the gold iPhone to be permanently forfeited to the Federal Government.

The lawyer said the court was empowered to grant such forfeiture order under Section 17 of the Advance Fee Fraud and Other Related Offence Act 2006, because “the respondent’s known and provable lawful income is far less than the properties sought to be forfeited to the Federal Government of Nigeria”.

He supported his application with, among others, an affidavit deposed to by an EFCC investigator, Rufai Zaki.

Zaki recalled that Mrs. Alison-Madueke was appointed Minister of Petroleum Resources on April 12, 2010.

He said the EFCC investigations showed that she started acquiring the jewellery in 2012 from Bukola Oyewumi of Trinket Box Bespoke Jewellery at Ikeja City Mall, Alausa, Lagos State. The investigator said the commission was in possession of details of the United Bank for Africa (UBA) account through which Mrs Alison-Madueke allegedly received her salary as a minister.

“The respondent did not utilise her salary or any part of her legitimate income to acquire the assets sought to be forfeited to the Federal Government of Nigeria,” Zaki said.

The investigator averred that a “damning intelligence report” received by the EFCC led to a search on Alison-Madueke’s home at 10 Fredrick Chiluba Close, Asokoro, Abuja.

He said the EFCC invited Oyewumi and she made a statement that she started selling jewellery to the former minister in 2012.

According to him, Oyewumi also made available to the EFCC the invoices issued on the sale of jewellery in which ‘Aunty D’ was written as the buyer.

According to him, Ratanani said during questioning by the EFCC that Mrs Alison-Madueke bought jewellery valued at $865,300.00 from her over a period and the former minister paid cash. But Mrs. Alison-Madueke, through her counsel, Nnamdi Awa-Kalu, challenged the court’s jurisdiction to hear the suit.

She stated that the seizure of the items amounted to a violation of her right to property under sections 43 and 44 of the 1999 Constitution and “to appropriate them at her discretion”.

She further contended that the anti-graft body should not have the power to barge into any Nigerian’s home, seize their property and come to court to claim that the property is illegal.

Mrs. Alison-Madueke, who is said to be under investigation in the United Kingdom (UK), urged the court to reject EFCC’s prayer to permanently forfeit the jewelry and the golden iPhone to the government.

The former minister contended that the court lacked jurisdiction to grant the interim forfeiture order, besides the EFCC did not charge her with any crime or serve her with any summons.

Following the conclusion of the hearing, Justice Oweibo adjourned till September 10, 2019 for ruling.

According to a schedule attached to the application, the jewelry, categorised into 33 sets, include “419 expensive bangles and 315 expensive rings”. 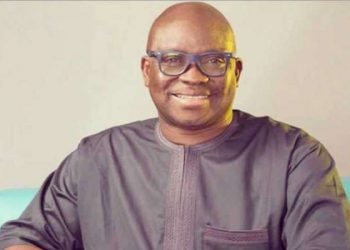 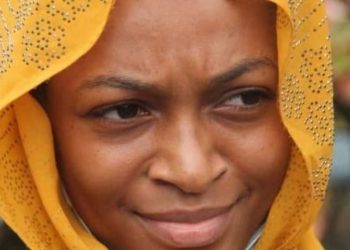