by Kehinde Ajose
in News, Niger Delta
Reading Time: 2 mins read
A A
0 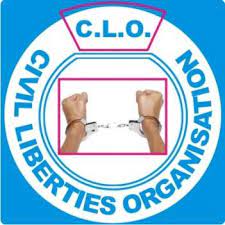 The Civil Liberties Organisation (CLO) says dilapidation and hours of grid-lock on the Amansea-Ugwuoba axis of Onitsha-Enugu Road may affect the forthcoming Nov. 6 Governorship Election in Anambra.

The News Agency of Nigeria (NAN) reports that Amansea-Ugwuoba axis of Onitsha-Enugu Road is located at boundary areas of Anambra and Enugu States about 15 minutes drive, but it now takes about three hours to crossover to either states.

The Chairman of CLO in Anambra, Mr Vincent Ezekwueme, said this while speaking with NAN in Enugu on Saturday on the urgent need for the Federal Government to rehabilitate the dilapidated Amansea-Ugwuoba axis of Onitsha-Enugu Road.

Soludo showed a dark side of himself for condemning Obi – Gbadamosi

According to Ezekwueme, the current nature of the axis of the road had added to time used to get from Onitsha to Enugu, thus, from a previous average of one hour and 30 minutes to present three hours minimal.

He also said that the development had led to recent over 50 per cent increase in fare to ply Onitsha-Enugu Road from a previous average of N1,200 to the present N1,800 and N2,000.

“We urgently appeal to President Muhammadu Buhari to as a matter of urgent public importance to order the Minister of Work and Housing to commence immediate and inevitable rehabilitation of Amansea-Ugwoba axis of Onitsha-Enugu Road.

“This axis of the road as it is now remains inaccessible and a dead trap; while people now sleep on the road before they can’t continue their journey due to “long stretch of hell of grid-lock”.

“It is existential reality that the bad condition of the road has brought untold hardship, suffering, nightmare and sorrow to commuters, road users and citizens.

“Again, the current state of the road and its hours of grid-lock may obstruct Anambra Governorship Election come Nov. 6, if unchecked and not put into consideration.

“As it will be difficult, if not impossible, for people to comfortable travel on the road especially its halfway, which is traveling from Awka to Enugu State and vice versa.

“It is very unfortunate and despicable that on Tuesday, Oct. 26, the road was blocked and all travelers were stranded, as most of them slept on the road,” he said.