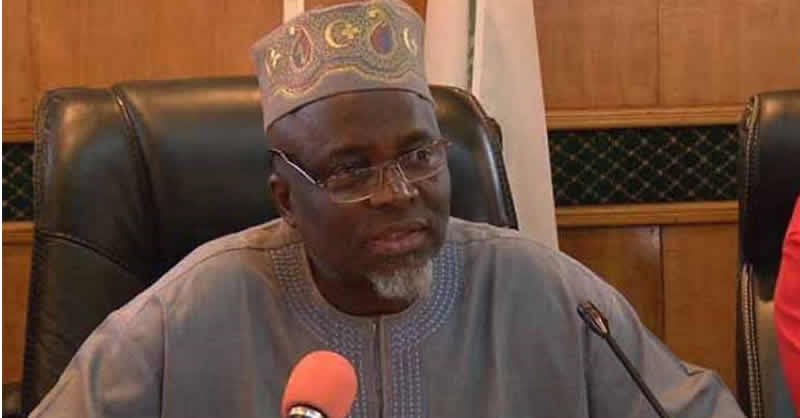 The Joint Admissions and Matriculation Board (JAMB) says there is plan to retake the recently concluded Unified Tertiary Matriculations Examinations (UTME).

The Board therefore warned candidates and other stakeholders to be wary of activities of fraudsters who are making false claims of errors in the scoring of candidates in the 2022 UTME.

This is contained in a statement by JAMB’s Director of Public Relations, Fabian Benjamin on Tuesday, a copy of which TheNewsGuru.com obtained.

The board stated in the statement that the UTME is a computer-based test that is scored electronically with no human mediation whatsoever.

It therefore means the board has no plans to conduct another UTME for the 2022 session.

The document consequently stated that the unfounded rumours making the rounds are nothing but the products of the deceitful brains of the masterminds of these baseless inputations.

“Hence, the board reiterates that there is no room for errors in its electronic scoring system, nor does it plan to “This clarification became necessary following reports of a purported rescheduling of the UTME from a section of the social media citing phantom errors in the computer scoring system and a purported apology from JAMB to the effect that another UTME would be organised.

“The Board wishes to state that the report is not only false, mischievous but also misleading and crafted out of the frustration and inability of these fraudsters to dupe unsuspecting candidates owing to the series of innovative strategies the board had put in place to protect candidates.

“The public would recall that the board had envisaged some of these inglorious strategies of these nefarious individuals and had sounded a warning to the candidates and the general public alike to preclude the possibilities of them falling victims of the evil machinations of fraudsters.

“JAMB, once again, advises the general public to disregard these items of news as it does not emanate from JAMB, nor has it authorised any individual or group to make such a pronouncement on its behalf.

“The Board, therefore, advises candidates to avail themselves of its user-friendly advisories on assessing their 2022 UTME results and other processes through periodic visits to www.jamb.gov.ng.”

TheNewsGuru.com reports that JAMB, like other examination bodies in the country and in many parts of the world have continued to face challenges from fifth columnists always deciding means to subvert their authority with JAMB always making concerted efforts to beat them to their games.

With rumoured plans to penetrate and manipulate results this year by hackers, rather than the usual feeding of candidate results on their website, JAMB came up with a smart move by sending the results directly to candidates’ mobile phones using the phone numbers they used during the registration exercise.

Are you not ashamed to be called a Nigerian? - By Mideno Bayagbon