by Abimbola Fabunmi
in News, Politics
Reading Time: 3 mins read
A A
0 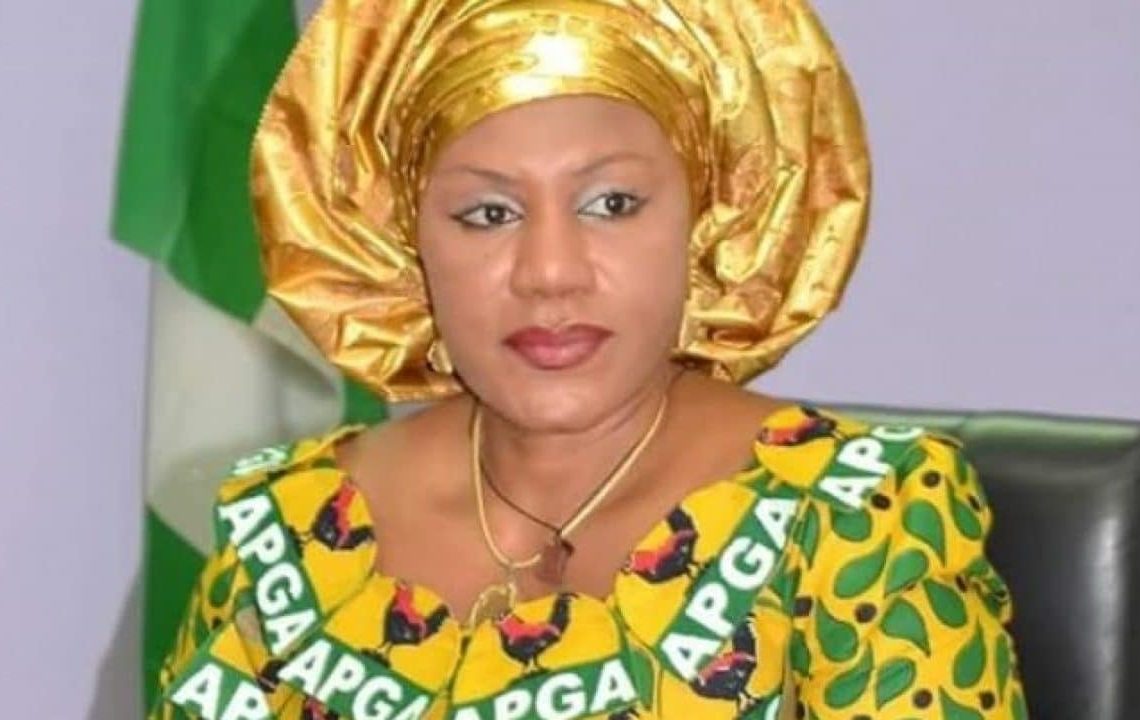 Former Anambra First Lady ,Mrs Ebelechukwu Obiano, has formerly tendered her apology to current Governor Charles Soludo, APGA,Ndigbo over the drama that ensued between her and Mrs Bianca Ojukwu at the inauguration programme of Soludo in March.

Ebele is nursing a political ambition and will be declaring her intention to contest for the Anambra North senatorial post in the 2023 general elections.

Addressing pressmen in Akwa on Wednesday,the former First Lady reveals her plans to vie for the senatorial position in the state.

Her statement reads“My interest to join the Senatorial race is in response to an overwhelming pressure and calls from my people to represent them in the Senate at the National Assembly, Abuja”.

“As has been attested to by the good people of Anambra State, service to people, humanity and sharing love and putting smiles on sad faces are my priority in life, and I know that it is the will of God because the Bible says that God is Love.

“Therefore, having witnessed and been positively touched by my ever willing disposition to care for people, empower the poor and needy, especially women and children, particularly widows, orphans and the destitute, my people decided that I should come and serve them better in a higher capacity,” she said.

The former First Lady therefore said that she is willing, ready and has accepted the call by her people to come and service them.

When asked about the incident that happened between her and Bianca, Ebelechukwu said that she has put all of that behind her as a God-fearing person, adding that she remained grateful to God that she resisted and overcame the temptation to retaliate the physical assault meted out on her.

She added that, “As a peaceful person that I am well known for, violence has never been in my character” and so she remained “grateful to several elders, statesmen, friends and associates of the Obianos, as well as countless number of good people of Anambra State who called and expressed their concerns and offered wise counsels and words of comfort after the unfortunate drama”.

“I will therefore never deliberately engage in any activity or action to disrespect you and your Government.

In a letter addressed to Governor Soludo titled “A Public Apology”, Mrs Obiano stated that, “Permit me to use this medium to humbly convey to you my sincere, heartfelt and unreserved apology for the unfortunate incident between Mrs Bianca Ojukwu and myself on Thursday, March 17, 2022, the day of your inauguration as the new Executive Governor of Anambra State in which you took over from my husband, His Excellency, Chief Willie Obiano.

“All those who know me can testify that before and throughout my eight years as the First Lady of State, I pursued peace, promoted philanthropic gestures which empowered many of our less privileged people. No excuse can therefore be tenable as justification for such public embarrassment, no matter the height of provocation.

“Equally, I wish to extend the same apology to all the important dignitaries, the people of Anambra State, as well as the entire Ndigbo for that unintended embarrassment at the occasion.

“I want to use this opportunity to pledge that I will wholeheartedly support and pray for the Government of His Excellency, Governor Charles Chukwuma Soludo, to excell exceedingly better than the immediate past government, even as he builds on the legacy of his predecessor, my husband, His Excellency, Chief Willie Obiano, and take our dear State to a higher level.

“I consciously chose this medium to express my apology, goodwill, supports and prayers publicly to His Excellency, Governor Charles Chukwuma Soludo, as a token of my full respect for him, his family and the entire Ndigbo”, she stated.