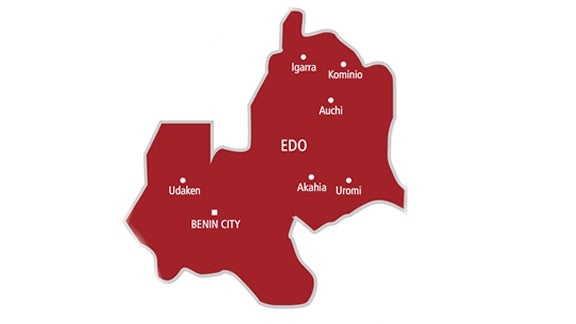 Operatives of the Edo Police Command have killed a suspected kidnapper and arrested three cult suspects in different operations in the state.

ASP Jennifer Iwegbu, Deputy Public Relations Officer of the command stated this on Thursday in a statement issued in Benin.

Iwegbu said in its continuous efforts to stem the tide of heinous crimes and criminality in the state, the command also rescued a victim of kidnapping in the state

The victim, Austine Adoghe, she said, was rescued unhurt and taken to an undisclosed hospital for medical attention.

The police spokesperson said bush combing exercise was ongoing for possible arrest of the other fleeing members of the gang.

“Following a kidnapping incident by some gunmen suspected to be kidnappers along the Uluoke axis, operatives of the command swung into action, mobilised in collaboration with vigilantees and hunters.

“They embarked on rigorous bush combing for possible rescue of the victim and arrest of the suspects.

“The superior firepower of the operatives made the hoodlums abandon their victim and escaped into the forest with various degrees of gunshot injuries, although one of the hoodlums was neutralised in the process”, she said.

Items recovered, according to Iwegbu, are one locally made cut-to-size gun and two live cartridges.

In another related development, the police said they arrested three suspected cultists along four junction, Evbuotubu in Benin.

The suspects, the spokesperson for the police in the state said were arrested were attacking two persons in the area

“The trio confessed to being members of the dreaded Eiye confraternity who were out looking for members to initiate into their dreaded cult group.

“Investigation is ongoing with the aim of arresting other members,” she said.