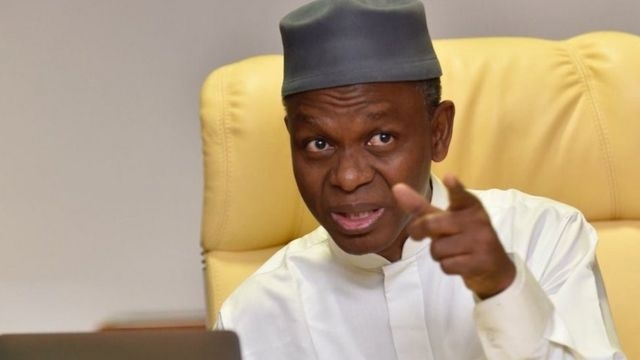 National President of the Academic Staff Union of Universities (ASUU), Professor Emmanuel Osodeke says there is a need to check the powers of the Kaduna State Governor, Nasir El-Rufai.

“There is a need to check his (El-Rufai’s) power, for him to know that he is working for the people and not for himself,” Professor Osodeke stated on Thursday on a monitored Channels Television programme.

Professor Osodeke was reacting to the crisis currently rocking activities within Kaduna State University (KASU). The atmosphere within the KASU community has of late been intense, following certain government decisions that have not gone down well with the lecturers, students, and their parents.

2023: El-Rufai lied, he was not detained by Obi as alleged – LP Chief Spokesperson+Photos

A few weeks ago, the Kaduna State Government decided to increase school fees at the tertiary institution, a hike that saw fees rise between 300 and 500 percent. This was a bitter pill to swallow for many students and their guardians who will now pay N150,000 per student, instead of N24,000 which used to be the minimum.

Enraged by what they describe as an outrageous increase, students have continued to stage protests against the hike. The students have not been alone in this struggle, as their lecturers who are members of the ASUU joined in the protest, rejecting the tuition increase.

Reacting to this development, Osodeke described the situation as sad and terrible, especially at “this time when an average parent can hardly feed and can hardly take care their children”.

The ASUU President further stated that he will stand by the students, adding that he hopes the parents and indigenes of Kaduna will rise up against the dictatorial attitude which is prevalent in El-Rufai’s government.

While noting that no ASUU member has been queried nor has anyone gotten a letter of dismissal, Osodeke said that a back-door sacking cannot be put past the Kaduna State Government.

He, however, stated that the ASUU branch in Kaduna has met with the KASU Vice-Chairman who denied that such an action has been taken by the university governing council.

The ASUU President stressed that Governor El-Rufai does not have any say in the recruitment and dismissal of a KASU staff, adding that it is purely in the purview of the governing board.

“It’s the governing council that recruits staff and can dismiss or punish a staff following the appropriate process laid down,” Osodeke stressed.