Following Nigerian Law School had during the recent Annual General Conference (AGC) of the Nigerian Bar Association held in Lagos reiterated its position that National Open University of Nigeria, NOUN is not qualified to nominate students for admission into the law school.

In a response to a question at the end of the conference over the fate of NOUN following the recent amendments of the university’s Act by the Senate from hitherto ‘correspondence’ to now ‘full-time’, with a view to resolving the lingering crisis over admission, the Director-General of the Nigerian Law School, Dr. Olanrewaju Onadeko, SAN stated that the Council of Legal Education, CLE had not changed its position concerning NOUN and therefore the university remains ineligible to nominate students for admission into the Law School.

Reacting to the development, the NOUN Law Graduates Forum (LGF), said through its chairman, Mr. Carl Umegboro that there is no cause for alarm as the judgment slated for October 4 at the Federal High Court in Port Harcourt will positively vindicate them.

“There’s no cause for worry as we will meet at the court on October 4. We expect only two things on that day, to wit; equity and justice. The court is a court of equity and justice; hence, we are not moved by any statements by anybody or persons, but optimistic that the protracted battle will finally be nailed at the altar of justice. No doubt, it is regrettable but the predicaments cannot linger ad infinitum”.

“The Council, like any other bodies or persons is entitled to hold any opinions and make verdicts as a fundamental right. However, the noble body understands clearly that all opinions, decisions and resolutions are subject to that of the court. The right to freedom of expression provided in Section 39 of 1999 Constitution of the Federal Republic of Nigeria, as amended is a remarkable attribute of a civilized society.

Interestingly, whilst anyone can leverage on that to hold any opinions or decisions, Section 36 which equally gives right to fair-hearing alongside principle of audi alteram partem can remedy the status quo. We strongly believe that justice will prevail”, Umegboro said.

It will be recalled that Justice H.I.O. Oshomah had after hearing on July 5 fixed judgment on October 4. The earlier judgment by Justice B.O. Quadri on January 27 did not hold after which the new judge took over and reheard the case. The law graduates are challenging the position of CLE through their counsel, Professor Abiodun Amuda-Kannike, SAN seeking for orders to compel the CLE admit them into the Nigerian Law School on account of the accreditation of NOUN’s law programme by National Universities Commission, NUC.

The Council of Legal Education is the first defendant in the suit. Others are the National Universities Commission; the plaintiffs’ alma mater, NOUN, and the Attorney General of the Federation/Minister of Justice who are the 2nd, 3rd and 4th defendants respectively. At the preliminary ruling, the law graduates won which paved way to commence the substantive matters pending before the court. The matter has lingered at the Federal High Court for three years and presently before the second judge at the same trial court leading to two hearings by two different judges. 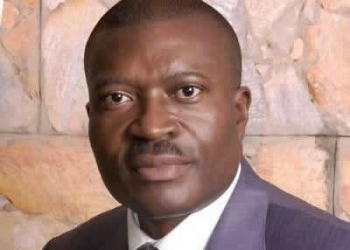 I am doing what no producer has ever done- Kiddominant