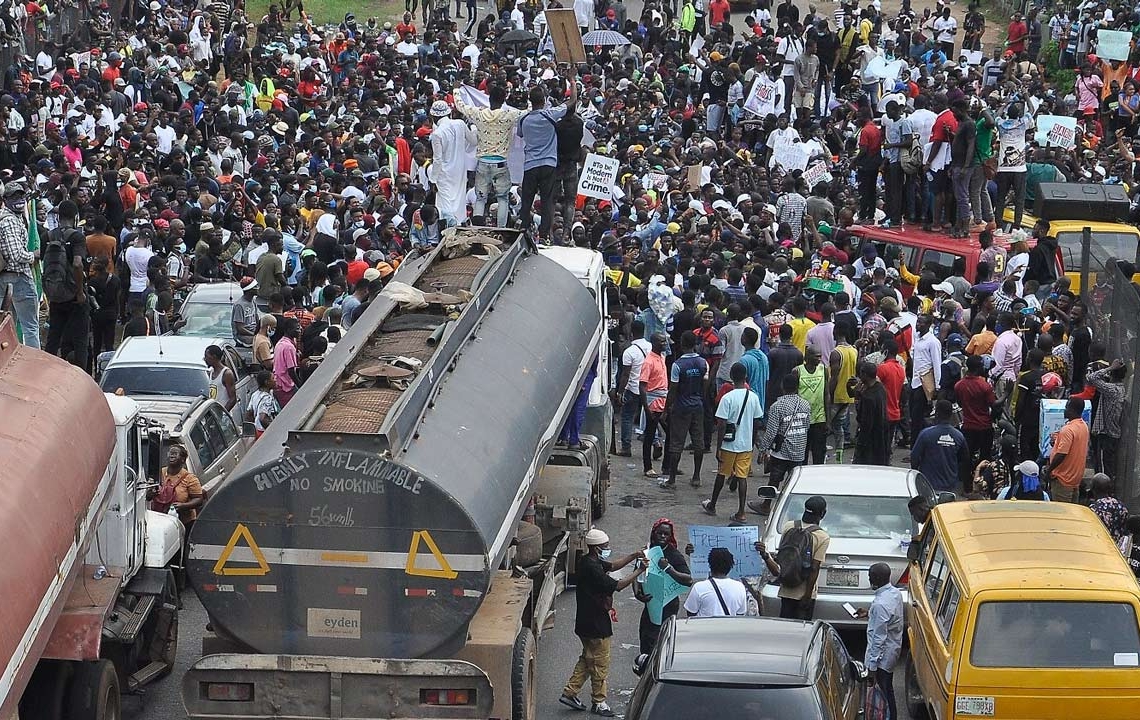 Numerous youths on Tuesday morning trooped out in some areas in Ibadan, the Oyo State capital and obstructed the Ojoo end of the Lagos-Ibadan Expressway in extension of the #EndSARS protests rocking the country.

The expressway was barred where those travelling to Oyo town and the northern part of the country would pass to link the Ibadan-Ilorin road.

As early as 8am, the protesters were out obstructing roads at various junctions.

The barricade forced some vehicles to turn back and find alternative routes but not quite long, the protesters started blocking all the exit routes.

This caused gridlock and some motorists had to park their vehicles by the roadside out of frustration.

The youths also mounted blockade in front of the police station in Ojoo in the Akinyele Local Government Area of Oyo State.

The police had to lock their gate and their patrol vehicles which used to be parked by the roadside were all removed and parked on the premises.

Also, numerous junctions were blocked by the protesters on the Ojoo-UI road as the youth continued to chant, ‘EndSARS! No SWAT!’