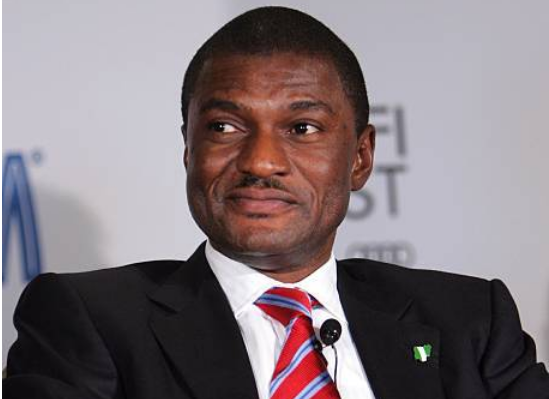 Mr. Frank Nweke Jnr, the All Progressives Grand Alliance (APGA), Governorship candidate for Enugu State, says his administration will restore perennial water scarcity in the state within 12 months in power.

Nweke, a onetime Information Minister, made the promise during the unveiling of his manifesto at Polo Park, Enugu on Saturday, saying that “water is life”.

The APGA candidate said the citizens had been experiencing hardship in getting tap water and thereby, exposed to the high cost of tank water hawkers.

He promised to tackle the menace by partnering with experts and ensuring that water supply in the state was handled by different companies to elicit competition.

“Our key thrust for reigniting the Coal City are to revive culture of leadership that values honesty, hard work, brotherhood, partnership, and unshakeable focus on the people.

“Restore trust in the institution of government, block leakages in expenditure, and replace the current system with one that is fit, inclusive, and equitable.

“Prioritise the total well being of the citizens through sustainable investment in values propagation, Education, Health, Security, and Enviromental Sustainability.

Nweke promised transformation of the state economy by making Enugu an investor friendly and industrial destination.

“We will establish Enugu as a technology and Innovation destination through the propagation of tech hubs and the related ecosystem activity that sustains them.

The state party Chairman, Mr Ndubuisi Enechionyia, earlier said that the party want to rescue the state from collapsing and to change the lives of the citizens to better.

Enechionyia said that the part course to takeover the leadership of the state had been reinforced by the clear ineptitude of the current government in all aspects of governance.

“From bad raods, teachers on strike, absence of Water, Security, Sanitation, healthcare even the Judiciary, situation of Enugu State has never been this bad.

“Today, we are taking a major step in rebuilding Enugu State to give the citizens all they derseved as the electorates,” Elechionyia said.

Nweke Jr and his running mate, Dr Edith Ugwuanyi, will contest the 2023 Guber election under APGA in Enugu.