by Bayo Millz
in Abuja Metro, News
Reading Time: 2 mins read
A A
3 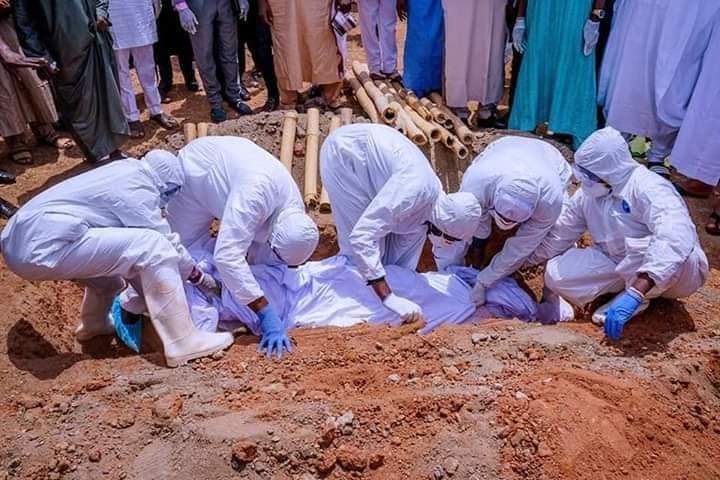 The striking staff of Abuja Environmental Protection Board (AEPB), on Thursday, threatened to shut down all public cemeteries in the Federal Capital Territory.

The threat was coming after the striking workers shut down the cemeteries on Wednesday, but agreed to reopen them on Thursday.

The striking workers had been on an indefinite strike since Tuesday over the failure of the FCT Administration to implement a new salary structure for them.

Comrade Muktar Bala, Chairman of Amalgamated Union of Public Corporation, Civil Service Technical and Recreational Services Employees (AUPCTRE) in AEPB, told newsmen that if no action was taken, the cemeteries will be shutdown.

He said that the union would also shutdown all other operational systems of the environmental board.

Bala said the FCT administration had not placed any priority on the welfare of members of the union, who were daily exposed to various health hazards, including handling of corpses.

According to him, the reopening of the cemeteries on Thursday was temporary to allow for negotiation, but will be shutdown again if the discussions fail.

“As the Chairman of one of the unions in AEPB, I can assure you that it is a collective decision by the whole unions, with backings from the National union.

“People think it is only waste management that we do, they don’t know that even unclaimed corpses in hospitals are taken care of by us.

“These dead bodies that have over stayed in the hospital for three to four years, we take care of them, without knowing what killed them.

“Hospitals come to us when they want mass burial for such dead bodies. If there are unclaimed or unknown corpses either on the road or elsewhere, Police will write reports and bring them to us for burial.

“All these hazards, people don’t look at it. We want to tell the administration that apart from managing the solid waste, we engage in other things,” the chairman said.

Bala emphasised that if no agreement was reached, the union would not only shutdown the cemeteries, but also close all the board’s systems and operations in the territory.