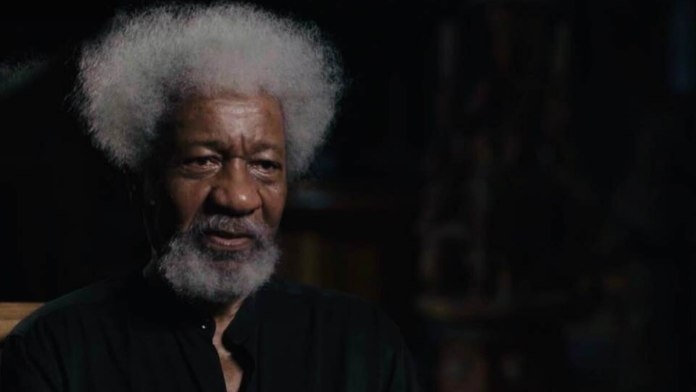 Nobel laureate, Prof Wole Soyinka, has stated that Nigerians are still managing to eke out a living despite the depressing realities confronting the country.

Soyinka spoke during an interview with the Cable News Network

Commenting on the ironic title for his first novel in 48 years, Chronicles from the Land of the Happiest People on Earth, he noted that things happened around one as one grew up, witnessing the degrading of dream and environment in one’s society and on the continent.

He explained that for him, the issue had been a difficult journey, adding, “It has reached such a stage, I found intuitively, that only prose fiction can handle things that have been bubbling up inside me.”

He said the title came after some people some years ago conducted a poll which placed Nigeria among the top four happiest nations in the world.

The playwright noted, “That thing has been with me, in my head. I asked, ‘Who are these people? What do they know? What have they seen? What have they experienced in Nigeria that they make such an attribution?’ That title really has been waiting to answer that claim in many ways. When you look at the surroundings, everything is the opposite and yet, Nigeria is not a complete disaster.

“People still manage to eke out a living not only a living but to some extent a dignified and satisfied living. I think it’s not surface appearance of contentment or making the best of a really bad job, insisting that no matter what life must go on… It’s that which needed to be, quote and unquote, celebrated in addition to the bleak actualities.”

Sharing his thoughts on the 2021 Nobel Prize in Literature awarded to Tanzanian novelist, Abdulrazak Gurnah, Soyinka said his immediate statement after the announcement was “let the African tribe expand wherever situated.”