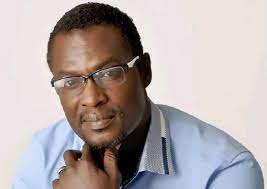 Former Secretary of the Nigerian Union of Journalists (NUJ)- Kaduna State, John Adi, has offered to donate one of his kidneys to Sonia Ekweremadu, the sick daughter of former deputy Senate president, Senator Ike Ekweremadu.

Ms Ekweremadu on Monday made a public call for kidney donation to save her life.

She said in a statement that she had to drop out of the university in 2019 after being diagnosed with a rare kidney disease.

Announcing in a Facebook post titled “Willing to save a soul” on Friday morning, Mr Adi explained that he is making the donation based on God’s directive on the love of one’s neighbour.

He wrote, “I, Comrade John Femi Adi, a Kaduna based journalist and farmer hereby announce my ‘agape’ decision to donate one of my kidneys to Senator Ekweremadu’s beautiful daughter.

“I am doing this on God’s order in the Holy Bible to Love our neighbours as ourselves. For further communications, reach me via my official phone number -: 08034210833.”

A couple of others have also offered their kidneys.

Ekweremadu and his wife Beatrice are facing charges of organ harvesting in the United Kingdom. The couple took a young man, David Ukpo, to London to donate his organ to Sonia but Ukpo reported them to the police, alleging he was forced.

TheNewsGuru.com recalls that The daughter of former Deputy Senate President, Ike Ekweremadu, Sonia, had appealed to members of the public to help donate a kidney to replace her damaged one.

In a statement on her Instagram page, Sonia, whose parents got into trouble in the United Kingdom in the process of trying to get her a donor, revealed that she suffered a rare kidney disease.Ekweremadu and Beatrice were arrested on June 23 and remanded in a prison in the UK over allegations of plotting to harvest the organ of one David Nwamini for use by their ailing daughter, Sonia.

But Ekweremadu said the boy was undergoing medical investigations for a kidney donation to Sonia, his daughter, who was in need of a kidney transplant.

The Instagram statement said, “I, Sonia Ekweremadu, hereby appeal to the general public to come to my aid and save my life. I am 25 years old and a graduate of Media and Communications, University of Coventry.

“I dropped out of my post-graduate studies at the University of Newcastle in 2019 when I was diagnosed with a rare kidney disease, FSGS Nephrotic Syndrome.”

Strike: We can’t be forced back to classrooms – ASUU President blows hot

Pastor charges members N1m to teach them how to pray (VIDEO)