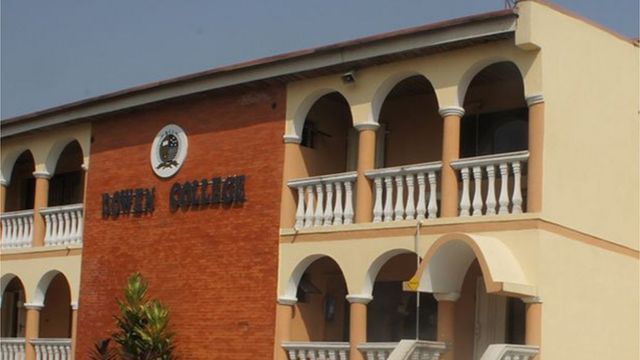 Barely four months after the death of Sylvester Oromoni Jnr, an embattled school Dowen College has expelled a bully from the school.

The student, who was bullied, has also been withdrawn from the school by his parents.

The principal of the college, Mrs Adebisi Layiwola, made this disclosure yesterday under cross-examination by Lagos lawyer Femi Falana (SAN) before the coroner, Magistrate Mikhail Kadiri.

Mr Falana asked if the witness was aware that some parents had withdrawn their children from the school because of bullying allegations.

“No. I cannot remember,” the principal replied.

When asked if she was aware that a parent came to Maroko Police Station to complain that her son was bullied.

She said: “Yes it is true. The boy has been withdrawn after Sylvester’s case, and the boy that bullied him was expelled after the death of the deceased.”

Mrs Layiwola also told the coroner, that a condolence letter was sent to the deceased’s family through an email and WhatsApp.

She said: “The school sent a letter of condolence to the family via a normal way of delivery. It was sent by email and WhatsApp but I can’t say which email now and I also called the father immediately it happened.”

Mrs Layiwola, who said she got to know about the deceased sickness eight days later, claimed that she called the deceased’s mother immediately she heard of his death.

I received an offer from Abramovich to buy Chelsea – Swiss billionaire

I received an offer from Abramovich to buy Chelsea - Swiss billionaire