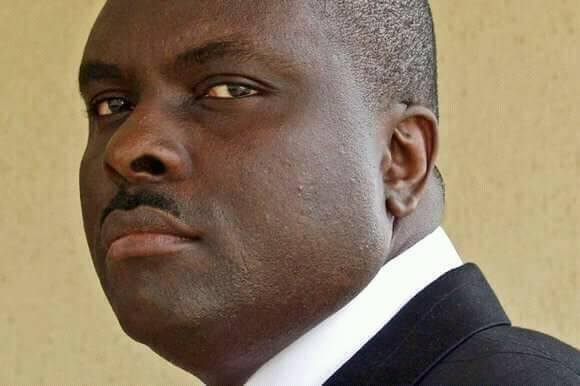 The Federal Government has accused former Delta State Governor, Chief James Ibori of acting as a stumbling block against the planned repatriation of about £4.2 million linked to him.

This is contained in a letter addressed to a factional President-General of the Urhobo Progress Union (UPU), Engineer Joseph Omene, who had earlier made a request that the confiscated assets linked to the former governor be used for projects in Delta state against using the funds for projects across the country.

In a letter addressed to Engineer Omene, the Attorney General of the Federation, AGF, and Minister of Justice, Abubakar Malami urged the UPU to prevail on the former Delta State Governor to withdraw the suit he instituted against the United Kingdom on the confiscation and planned repatriation of the funds.

Malami noted that the suit filed by Chief Ibori against the United Kingdom on the confiscated assets had become a stumbling block for repatriation and that the intervention of the UPU would create an enabling environment for the consideration of the appeal by the union that the alleged looted asset should be used to implement projects in the state.

’28 years after MKO Abiola’s death, we are yet to benefit anything from FG’ – Family laments

The AGF letter entitled: “Re-Commendation for Retrieval of Delta’s Stolen Funds and request for Review of Projects to be Executed with the Retrieved Funds”, was signed by Juliet Ibekaku-Nwagwu, the Special Assistant to the President on Justice Reform and International Relations.

The letter read: “I am directed to inform (you) that the HAGF is in receipt of your letter dated 23rd March 2021 with regard to the above subject matter. The HAGF appreciates your concerns and welcomes the interest of UPU in the returned assets.

“The HAGF wishes to inform that he does not have the authority to approve projects for the application of returned assets.

“These decisions are taken at the Federal Executive Council after in-depth deliberations. The HAGF’s mandate is to implement the decisions of the council.

“I am also directed to inform further that the decision of the council is also guided by bilateral negotiations between Nigeria and the country from which the asset will be returned.

“Accordingly, Nigeria and the government of the United Kingdom or any other country for that matter must agree on a specific project in a transparent and accountable manner before a project is approved.

“However, the HAGF has directed that I inform you that the stumbling block in negotiating the return of assets linked to Ibori to Nigeria is the ongoing litigation by Mr James Ibori against the government of United Kingdom in the confiscation hearing in London.

“It is advisable that you approach Mr James Ibori to advise him to withdraw his appeals against the confiscation and repatriation of the assets linked to him, his family, and associates back to Nigeria.

“This is the only way to provide an enabling environment for negotiation of the use of the identified assets for Delta State.”