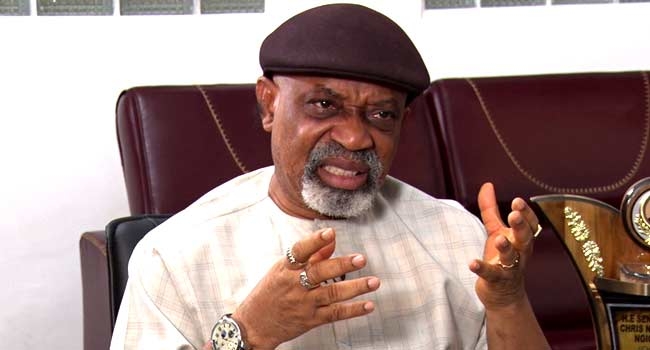 The Federal government on Monday urged the National Industrial Court to order the Academic Staff Union of Universities (ASUU) to call off its seven months strike.

Joined as a claimant in the matter is the Minster of Education, with the President of ASUU as the sole defendant.

The matter which came up before Justice Polycarp Hamman brought by Minister of Labour and Employment, Sen. Chris Ngige on behalf of the federal government, by way of referral is praying the court to order ASUU to resume academic activities, amongst other prayers.

When the matter slated for mention came up, Mr Ebunolu Adegoruwa, SAN, informed the court that he was representing Socio- Economic Rights and Accountability Project (SERAP) and that he had filed a suit on the same subject matter before the same court.

He also stated that in the suit NICN/ABJ/269/2022, SERAP is the claimant with the federal government as the defendant.

He therefore proceeded to apply that the extant suit be consolidated and SERAP be joined in the suit as a defendant, instead of multiply suits on the same matter before the same court.

Counsel to the claimant, Mr T.A Gazali, SAN, in response said the application was premature and added that there was no need for SERAP to pray to be joined in a suit orally in a matter that did not have its name on the cause list.

Mr Femi Falana, SAN, counsel to ASUU in his response informed the court that both counsel had informed him on Monday that they both were filing some papers.

Adegoruwa replied that the defendant had not denied the existence of the suit SERAP filed and served on them.

Gazali on his part also informed the court that his process will be filed Monday and Falana said he would need three days to reply to the process.

The judge in his ruling adjourned the matter until Friday, for further mention.

He also directed that the claimant should file, serve his process, and the defendant to also file and serve his response before the adjourned date.

Hamman in addition ruled that SERAP’s application to be joined in the suit was premature.

The suit filed by the claimant is also seeking the court to give the matter an accelerated hearing in order to bring the dispute to an end.

The claimant also in the instrument of referral is praying the court to: “Inquire into the legality or otherwise of the on-going prolonged strike by ASUU leadership and members which had continued even after apprehension by the Minister of Labour and Employment.

“Interpret in its entirety the provisions of Section 18, LFN 2004 especially as it applies to the cessation of strike once a trade dispute is apprehended by the Minister of Labour end Employment and conciliation is on-going”.

Various talks between the parties on different occasions concerning the ongoing strike had not yielded any result, hence the referral of the matter to the court.