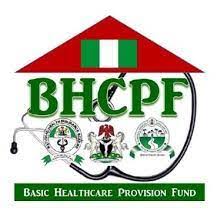 Nigerians have called on governments at all levels and relevant stakeholders to tackle  irregularities affecting the proper utilization of the Basic Health Care Provision Fund (BHCPF) in Primary Healthcare Centers (PHCs) across the country.

The calls follow investigations by the International Center for Investigative Reporting (ICIR) exposing how mismanagement of funds meant to improve PHCs across the country, among other issues, continues to limit the expected impact of enormous resources allocated to improve healthcare delivery at the grassroots.

The Federal Government introduced BHCPF as an initiative to boost healthcare services through primary healthcare revitalization, equipping, and staffing across the country for improved services and as part of measures to achieve universal health coverage (UHC).

Accessing the BHCPF initiative during an anti-corruption radio programme, PUBLIC CONSCIENCE, produced by the Progressive Impact Organization for Community Development, PRIMORG, Wednesday in Abuja, a representative of One Campaign Nigeria, Razaq Fatai, expressed disappointment at the impact of the initiative since inception.

Fatai, while noting that poor utilization of the government’s intervention fund at PHCs has become a recurring issue in Nigeria, stressed that corruption must be thoroughly dealt with for there to be more impact.

“I’m quite disappointed with the Basic Health Care Provision Fund because it has been eight years since the law established the initiative, and we have seen no result. The off-take has been very slow, there is still so much to be done, and tightening of the accountability mechanism of the scheme is needed.

“Even some officials are not reachable when you ask them to give a report, and that’s why we are not seeing results on the ground.”

While expressing doubt in the ability of the President Buhari-led administration to address irregularities in the utilization of BHCPF, Fatai called on the incoming Federal Government to prioritize allocating more funds to PHCs and create solid checks and balances on how approved funds are used.

Fatai blamed the Federal Government for lacking the political will to improve the nation’s health budget and called for more synergy between Civil Society Organisations (CSOs) to increase citizens’ awareness of intervention funds provided to improve PHCs across the country.

Earlier, a journalist with The Nations Newspaper, Justina Asishana, who investigated the impact of BHCPF in PHCs in Kontagora, Lapai, Bida, Mokwa Local Government Areas (LGAs) in Niger state, revealed that the intervention fund changed the narratives of poor healthcare delivery in localities while noting that corruption was not gone totally.

“The primary healthcare centers before the intervention fund came did not have labs, drugs, inadequate water, sanitation, and hygiene facilities, but now the situation has changed.”

Asishana attributed the face-lift and improvement at some PHCs to the determination and resolve of the current managers of BHCPF to see the right things are done.

She harped on the need for the government to increase monitoring and citizen awareness of BHCPF, noting that accountability, transparency, and embezzlement of the intervention funds remain a significant challenge in some PHCs.

On his part, a journalist with Wikki Times, Hamza Abaga, said the government’s intervention fund claimed to have improved PHCs in Shiroro, Suleja, Gurara, and Bosso LGAs of Niger state were non-existent.

According to Abaga, “despite the intervention fund, roofs are leaking, people are paying from their pockets for vaccination and immunization drugs, and people are still complaining of water and light.”

He joined calls for the government to increase awareness and set modalities to monitor the spending of the intervention funds.

“Staff of the PHCs are not aware of BHCPF, the locals are also not aware, and that is why one person can receive N1.3 million to renovate a facility, and nothing is put in place.

“Government needs to let people know about BHCPF and also to let them know when funds are released so they can follow it up,” Abaga advised.

Public Conscience is a syndicated weekly anti-corruption radio program used by PRIMORG to draw government and citizens’ attention to corruption and integrity issues in Nigeria.

The program has the support of the MacArthur Foundation.